Yu Yunicorn vs Xiaomi Redmi Note 3 vs Lenovo Zuk Z1: Who will win the race?

Micromax subsidiary Yu Televentures has unveiled its new flagship smartphone, Yu Yunicorn, at an introductory price of Rs 12,999. A mid-range smartphone, it is pitted against some of the popular budget smartphones such as Xiaomi Redmi Note 3, LeEco le 1s, Moto G4 Plus and the Lenovo Zuk Z1.

The phone will be exclusively sold on Flipkart from June 7 through registration only. Yu Yunicorn is the company's seventh smartphone after Yureka, Yuphoria, Yureka Plus, Yunique, Yutopia and Yureka Note. It will be increasing the price after a month. 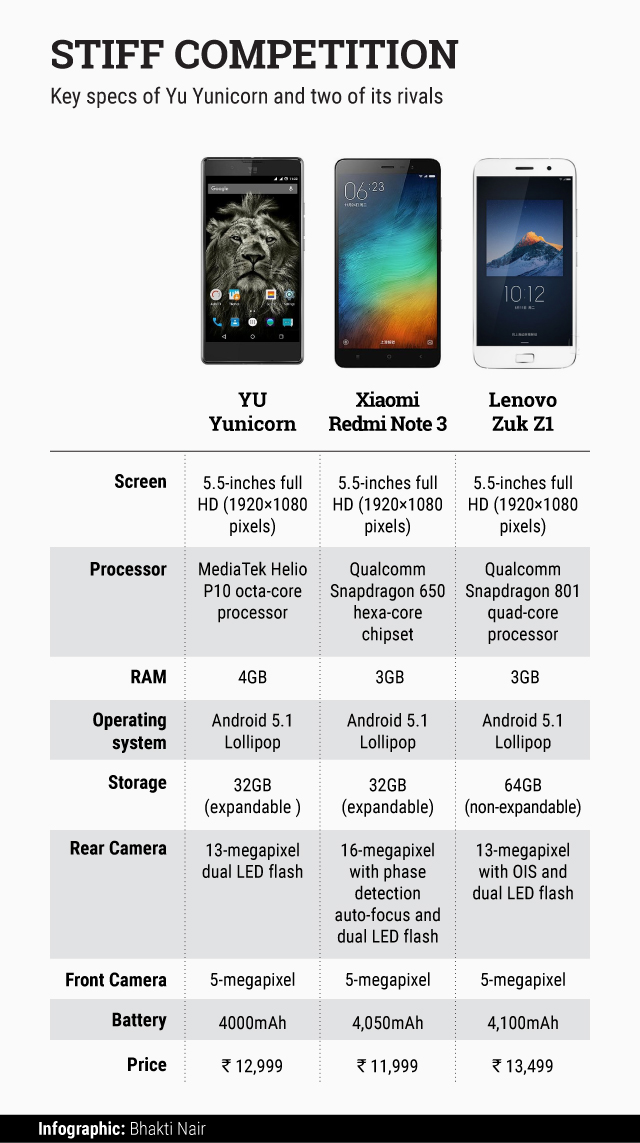 Yu Yunicorn is the company's first smartphone that features a physical home button with a fingerprint scanner embedded in it. The phone runs on the company's own operating system, called 'Android on Steroids' OS. The company has ditched the previous Cyanogen OS. This OS comes with Around YU, the company's updated services aggregator platform. Around Yu 2.0 has new features such as the option to consult with doctors via the Lybrate app, and the new Yu Wallet powered by Udio. It also comes with MiMedia Social Cloud, which can back up data on the device directly to the cloud once enabled.

The metal-unibody smartphone features a 5.5-inch full-HD (1080x1920 pixels) IPS display with 2.5D curved glass. The phone packs in an octa-core processor, MediaTek Helio P10 with 4GB RAM and 32GB storage capacity. Powering the phone is a 4000mAh battery, which the company claims can deliver up to 20 hours of talktime and 500 hours of standby time.

While Yu Yunicorn has some interesting features, with several formidable competitors in the crowded mid-market segment, it will have its work cut out.