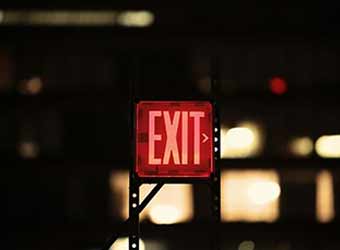 This comes just weeks after it trimmed its holding by offloading a little over 5% in IntraSoft Technologies for almost Rs 28 crore ($4.2 million).

Intel Capital has likely earned the best returns from its portfolio in India to date from IntraSoft, which also runs the e-commerce site 123Stores.com.

Intel Capital, one of the first generation of early-stage investors in Indian startups, had invested around Rs 20 crore in IntraSoft in December 2007 for a 16.3% stake. This stake shrank after IntraSoft floated an initial public offering in 2009.

The VC firm held a 12.04% stake in IntraSoft at the end of September 2015, after it sold a small chunk of shares in the middle of the year. In the October-December quarter, it sold a 1.6% stake more for about Rs 12 crore.

IntraSoft shares rose 10 times within just eight months to hit an all-time high of Rs 600 apiece a year ago, in line with the euphoria surrounding e-commerce firms. But the shares have since dropped.

After the bulk deal on Friday, IntraSoft scrip shot up almost 11% to end at Rs 419.15 a share on BSE in a flat Mumbai market.

IntraSoft, which generates revenue primarily from online advertising and online retail sales, posted a sharp jump in net profit to Rs 41.5 crore due to one-time gain of Rs 33 crore from sale of treasury shares. Its revenues for the year more than doubled to Rs 717 crore while EBITDA almost grew two-fold to around Rs 9 crore.

For the fourth quarter ended March 31, 2016, however, it posted operating losses.

For Intel Capital, this is the first full exit this year. The VC firm struck two exits last year; one involving IntraSoft and the other in Multi Commodity Exchange of India Ltd (MCX), according to VCCEdge, the data research platform of VCCircle. It exited its over five-year-old investment in the commodity bourse operator by selling its entire 1.62% stake for around Rs 85 crore in September 2015. It exited the investment with a little over 50% gain in local currency and a modest 10% return in dollar terms.

In 2014, Intel Capital had sold its stake in TV programming guide What's On India Media Ltd as Tribune Company Inc acquired the Mumbai-based firm. It sold its entire 21.11% stake in What's On India for $5.7 million to Tribune. The VC firm had bought the stake for about $4.05 million in April 2011.