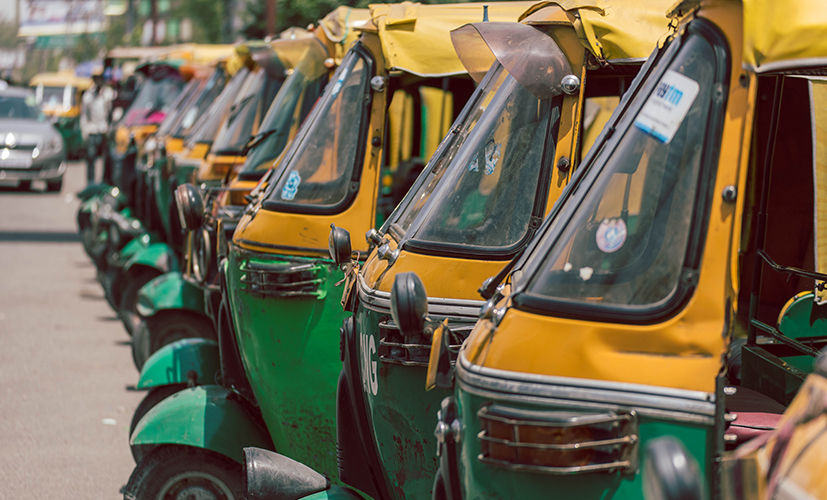 Chandigarh-based SoCoMo Technologies Pvt. Ltd, which runs on-demand delivery services and urban transport aggregator startup Jugnoo, says the feature will go live in all the cities where its services are operational.

Jugnoo is currently operational in 30 cities and 11 villages.

"We believe it is the most efficient way to use existing resources through integration of technology. Auto-rickshaws are already the most popular mode of daily conveyance for covering local distances in India," Samar Singla, founder and CEO, Jugnoo said. "The idea is to offer commuters a much better user experience at almost the same fare as that of a public bus."

With Jugnoo Pool, commuters will have the option to choose between riding alone and pooling their ride. If users opt for pooling, they get a discount of 20% on the fare, the startup said in a statement.

The startup also claims that the driver will be able to earn almost 1.5 times more with the new service.

The taxi aggregation play was added in July last year when Jugnoo acquired BookMyCab in a cash-and-stock deal.

In April this year, the Chandigarh-based startup said it had raised an additional $10 million (Rs 66.5 crore) in an extended Series B round of investment, much of it from existing investors led by the parent of Paytm.

The startup had raised $5 million in May 2015 in Series A funding from Snow Leopard Technology Ventures, Paytm and other investors. Before that, it raised $1 million from Rakesh Mathur, co-founder of Junglee that was acquired and relaunched by Amazon; Vikas Taneja, partner and managing director of BCG Group; Kirloskar Brothers and others in a seed round in early 2015.

Jugnoo, along with BookMyCab, competes with Ola, Uber, Meru and mGaadi (only auto-rickshaws) among others. While Ola also offers auto-rickshaw booking service, Uber has suspended this service. Last month, Jugnoo threatened to take legal action against Ola and accused the cab-hailing firm of trying to hurt its business.