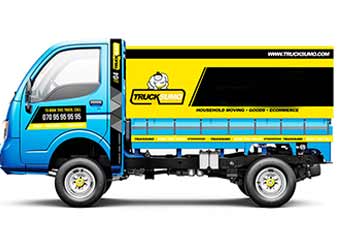 Hyderabad-based truck aggregator TruckSumo.com has suspended its services, a person privy to the development told Techcircle, as signs of distress become evident in a segment that lured several startups and investors over the past couple of years.

The company had been facing difficulties in continuing its operations for some time, the person said on the condition of anonymity. He didn't elaborate.

An executive at the company's customer care centre said that the firm has stopped taking orders since June 1 and that there is no clarity when the services will resume. The reasons for the company suspending its operations couldn't immediately be ascertained.

However, co-founder Nithin Baalay denied the company is shutting down. "We are still operational in Hyderabad and Bangalore, serving some of the top companies in the market," he said in response to an email query from Techcircle. TruckSumo, operated by Pipip E-Services Pvt Ltd, was set up in March 2015 by Baalay, Arun Rao and Abhishek Bajpai as an intra-city transportation service provider. It works as an aggregator of mini-trucks and connects businesses with local logistical needs to service providers on a real-time basis.

The company, which was one of 24 startups to be selected by the diversified Aditya Birla Group in December last year for an incubation programme, hasn't yet raised external funding.

Over the past two years, a number of startups have entered the road transport sector seeking to bring changes in an industry notorious for the lack of transparency in deals, arbitrary rates, all-cash transactions and delayed deliveries.

Online truck aggregators such as TruckSuvidha, Porter, BlackBuck, GoGo Truck, FreightBazaar, Moovo, Turant Delivery and CargoExchange have been trying to bridge the gap among companies, warehouses, transporters and truck drivers to ensure on-time deliveries and optimum use of fleet capacity. Many of these startups have raised funding from marquee investors including Tiger Global, Accel Partners and Sequoia Capital.

TruckSumo's apparent troubles come at a time when startups across sectors are reeling under a fund crunch as investors turn cautious. Over the past six months, only one logistics startup—GoGo Truck—has raised funding.

Another truck aggregating startup, TruckMandi, is also going through challenging times with one of its co-founders quitting and the company trying to tweak its business model.