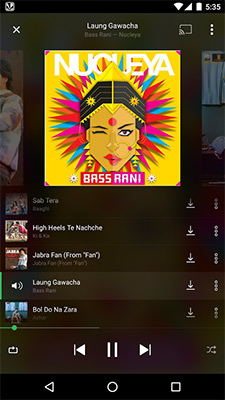 Oseary comes in as partner and investor. He will help develop unique artist collaborations for Saavn.

A well-known entertainment industry professional, Oseary manages world famous artists such as Miley Cyrus, Britney Spears, Paul McCartney and music band U2, among others. He has earlier invested in Airbnb, Spotify, Soundcloud, Shazam and Uber through A-Grade Investments, which he founded with actor Ashton Kutcher and Ronald Burkle.

"We're building original programming for Saavn, now we'll be developing unique content with artists. I can't say exactly what the format will be right now, but it will developed exclusively or with an exclusive window," Rishi Malhotra, CEO, Saavn, told TechCrunch.

An emailed query sent to the company did not elicit a response till the time of filing this report.

In July last year, US-based Saavn LLC had raised $100 million in Series C funding from existing investor Tiger Global besides others. Saavn's other investors Bertelsmann India Investments, Steadview Capital, Liberty Media and Mousse Partners had also participated in this round of funding.