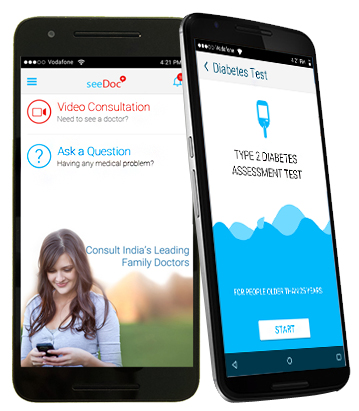 Goyal added that several other investors also participated in the round but declined to name them.

Gurgaon-based SeeDoc is an app-based online medical consultation platform which offers paid video consultation with doctors. Users can ask questions from doctors or opt for video consultation. It also allows users to get medicines delivered and diagnostic tests done at home, and keeps all medical records organised at one place.

Users can also post a medical query on the app for free and get a response from specialists within 48 hours.

The app claims to have more than six lakh users and processes roughly 500 video consultations daily.

Healthone Technology Pvt. Ltd, which runs SeeDoc, was founded by two Silicon Valley entrepreneurs, Jaideep Singh and Vivek Bansal in 2015. In March it launched its video consultation platform. Bansal has done masters in computer science from Kansas State University and is also the founder of early stage investment firm, Plus Ventures. Singh, a management graduate from Wharton School, is also the co-founder of people search platform, Spock.

The startup is also eyeing the offline market and has been partnering with leading labs and pharmacy chains such as SRL Diagnostics and Religare.

Of late, firms in the healthcare technology space have been eliciting a lot of investor interest.

Prior to that, Careongo Technology Pvt. Ltd, which runs a chain of co-branded online pharmacies, raised an undisclosed amount in pre-Series A round of funding from Farooq Oomerbhoy of FAO Ventures and a group of other investors.

In April 2016, Fashalot, had raised an undisclosed amount of funding in its pre-Series A funding round, led by YourNest Angel Fund and angel investor Rajul Garg.