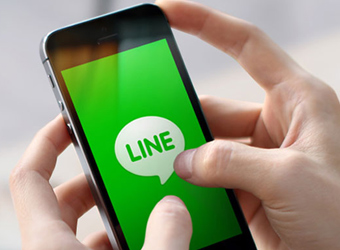 Japanese messaging app Line Corp's shares surged after listing on the New York and Tokyo stock exchange after the biggest initial public offering by a tech company this year.

Shares of the WhatsApp rival began trading in Tokyo on Friday morning at 4,900 yen ($46.1) apiece, 48% higher than the IPO price of 3,300 yen. The strong debut in Tokyo comes after Line's American Depositary Shares on the New York Stock Exchange rose 27% on Thursday to close at $41.58. The closing price values the five-year-old app around $8.9 billion.

The Asian Internet company began trading after its initial public offering raised $1.1 billion in gross proceeds, the third US IPO to raise over $1 billion.

Line's debut on the NYSE follows the recent high-profile listing of Twilio, the first US venture-backed tech company to float an IPO in 2016. The messaging app's strong start comes at a time when valuations of many tech startups, including in India, are under pressure.

Line entered India about three years ago but trails Facebook-owned WhatsApp and Hike, backed by Bharti Enterprises and Japan's SoftBank Group Corp, by number of users.

Line had delayed establishing its IPO price range in late June keeping in mind the impact of Britain's shock decision to exit the European Union on global markets.

Line, however, has been struggling to grow outside of its four core Asian markets of Japan, Thailand, Indonesia and Taiwan. It said in its IPO filing that it will try to generate more revenue from services such as advertising and offer more localised products.