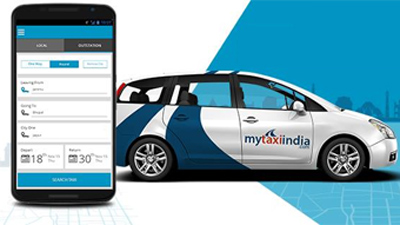 Delhi-based MyTaxiIndia will use the capital for expanding services to tier 2 and 3 cities. A part of the money will also go for technology development, marketing and branding. MyTaxiIndia was co-founded by Mihir, Mohit Rajpal and Satyakam Rahul in December 2013. It offers inter-city taxi rental solutions and provides one-way fare ride to commuters for outstation trips. It also does city tours on an hourly basis for B2B clients. Recently it tied up with SpiceJet to give passengers the option of booking a taxi to reach the airport at the time of ticket purchase, and is looking for more such tie-ups. The company claims to have 12,000 taxis operating across 120 cities on more than 10,000 routes, through its affiliates. It plans to increase its presence to 200 cities by the end of FY2016-17.

The firm uses an in-house routing and prediction algorithm to automate trip-related processes.

MyTaxiIndia is currently in talks with investors to raise $5-10 million in a Series A round.

Last month, MyTaxiIndia won the best startup award at RISE, Hong Kong 2016 where more than 1,000 startups around the world participated. It got Rs 25 lakh as award money.

In June 2015, it received seed funding worth $100,000 from Green House Ventures (GHV) Accelerator and was part of the latter's 12-month acceleration programme.

"It has cracked the space where players like Ola, Uber and ZoomCar are still trying to figure out. The technology which it has built has taken it out from GMV model; otherwise, it will be profitable in a few quarters. This funding from Nihon Kotsu validates that its model has the potential to grow beyondIndia," said Vikram Upadhyaya, chief mentor and accelerator evangelist, GHV Accelerator.

Nihon Kotsu is an 88-year-old service provider that operates limousines across Japan. It has a fleet of over 4,000 black and yellow taxis in Tokyo alone.

While a few funded ventures such as Meru, TaxiGuide and Savaari, AHA Taxis and Roder do offer booking platforms for outstation travel, the market still remains largely unorganised, dominated by individual taxi operators.

Other firms that are trying to disrupt the inter-city road travel market include Naspers-owned Ibibo's Ryde, Rocket Internet's Tripda and BlaBlaCar.

*This article has been updated to correct My Taxi India's incorporation date and Nihon Kotsu's fleet size.