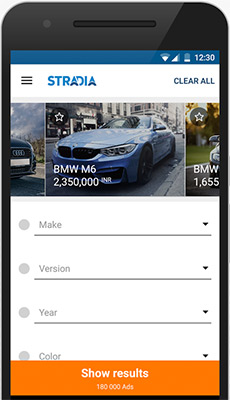 The move seems to be aimed at taking competition head on in the classifieds business where OLX competes with home-grown Quikr. Quikr, one of India's eight odd Unicorns or startups with billion dollar plus valuation, had last year floated sub domains as verticals.

Auto classifieds was the first of such verticals and launched in August 2015. Besides listing cars, QuikrCars offers automobile news, reviews, information, tips and a slew of other features such as car inspection reports as well as maximum sales price (MSP) calculator, to help users ascertain the best price range for their cars.

Quikr later created other such verticals including one for real estate and to add muscle to that business, acquired CommonFloor.

E-mails sent to Naspers and OLX regarding why it re-entered the market after selling Gaadi before did not elicit a response at the time of writing this report.

While Gaadi has since ventured into other verticals such as new cars, loans, insurance, bikes, trucks and cycles; Stradia in its initial phase is only focusing on the used cars vertical.

At present, OLX sells cars through its P2P lending platform. Users post ads on the website, and can chat with the buyers directly, similar to the QuikrCars model.

Stradia too follows the same model. The Stradia app is available on all major operating systems such as Android, Windows and iOS.

The used cars marketplace has seen a lot of investor interest of late.

Most recently, online marketplace for used automobiles Droom, founded by ShopClues founder Sandeep Aggarwal, has raised an undisclosed amount in its Series B funding round from investors led by venture capital fund Beenext and Japanese internet company Digital Garage.

In the same month, CarTrade raised $145 million from Temasek Holdings, US-based March Capital and existing investor Warburg Pincus in its latest funding round. The company will be using the funds to acquire rival CarWale, pointing at consolidation in the used cars segment. In another instance, online pre-owned automobile marketplace HopCar has merged its operations with bigger rival Spinny last month.