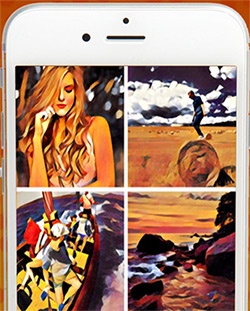 Android users who have been eagerly waiting for the popular photo-editing app Prisma have a reason to cheer. The app, which went viral soon after its launch on iOS last month, is now finally available for Android devices and users can download it through the Google Play store.

The popular app was earlier out in beta phase for Android users and was only available through registration on Prisma's website.

For those who are not aware about the hype, this app turns in your boring photos into a work of art by using the styles of famous artist such as Vincent van Gogh and Picasso as well as world-famous ornaments and patterns. It doesn't just apply filters but also rebuilds the entire photo by a combination of styles and uses deep learning and artificial intelligence technology.

The app has more than 30 styles to choose from. Alexey Moiseenkov, Prisma co-founder and CEO, has also hinted the company is working on new features, including filters for videos.

The one-month-old app has been downloaded around 10.6 million times and has around 1.55 million daily active users.

Users must also note that there several fake Prisma apps on Google store. So do check the name of the app's creator, which is Prism Lab, before downloading.