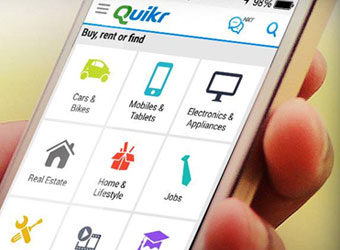 VCCircle had first reported in May this year that Brand Capital was investing in Quikr and e-commerce marketplace Snapdeal.

The investment in Quikr was made via fully convertible debentures, the Mint newspaper reported on Friday citing documents filed with the Registrar of Companies.

Quikr didn't respond to an email seeking comment by the time of filing this article.

Brand Capital has been making a number of investments over the past few months. Its most recent investment was in Gurgaon-based waste management firm ExtraCarbon earlier this month.

In June, it invested $25 million (Rs 150 crore) in Mumbai-based radio taxi firm Meru Cab Company Pvt. Ltd. Also in June, VCCircle reported that it was in talks with Flipkart to pick up a small stake in the  e-commerce firm.

In January this year, it acquired real estate portal CommonFloor to merge it with its property listings business QuikrHomes. Two months later, Quikr was in the news for laying off between 150 and 200 employees of CommonFloor.