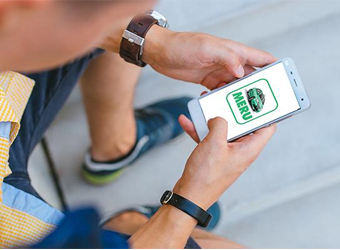 The company will use the capital to strengthen its foothold in the Indian market, reports PTI.

"With the ongoing transformation in the taxi industry, this move is in line with the company's efforts to showcase its services to a larger customer segment via a bouquet of media channels," Siddhartha Pahwa, CEO, Meru Cabs was quoted as saying in the report.

This would mean that Meru will receive free advertisements and promotions on BCCL's various media properties including the country's largest English daily by readership The Times of India, The Economic Times and news channels Times Now and ET Now.

Email queries sent to both Brand Capital and Meru Cabs did not elicit any response till the time of filing this report.

Meru Cabs is one of India's oldest radio taxi firms running operations in 24 cities across the country.

Meru Cabs had raised Rs 300 crore ($50 million) from its existing investor India Value Fund Advisors (IVFA) in March 2015. Vishal Nevatia, chief executive officer and managing partner at IVFA, had then told VCCircle that the taxi firm is also open to acquisitions and that other investors are likely to infuse $100 million in the company within a month or two. IVFA earlier infused $75 million into Meru Cabs since 2006.

The company was forced to relook at its business model and went asset-light a few years ago. Meru Cabs mainly competes with heavily funded homegrown Ola and US-based Uber, the two new-age startups engaged in a fierce battle for market dominance.

Uber has so far secured more than $11 billion from various investors while Ola's total fundraising to date is around $1.2 billion.

The company has since then taken up various business steps including tying up with Taxis G7 to enable cab services for Indian travelers in several global cities through the French company's eCab mobile app.

In February this year, Meru Cabs had announced that its planning to launch inter-city ride-sharing services on two routes initially â€“ Mumbai-Pune and Bangalore-Chennai after the successful rollout of ride-sharing services in Delhi. It intends to finish the test pilot by the first quarter of FY 2016-17.

In December 2013, it had also launched MeruGenie, a low-cost taxi service, which is now present across 13 cities in India.

Brand Capital, which picks stake in companies in lieu of ad spends through its media properties, has been expanding its exposure beyond its in-house arm Times Internet. According to recent reports, BCCL has initiated discussions with Flipkart over an Rs 500 crore deal to pick an undisclosed stake in the company through Brand Capital.

VCCircle had recently reported on Brand Capital's proposed deals with two other Indian internet unicorns. The firm has already sealed a deal with Flipkart's competitor Snapdeal and was in the final stages of negotiations with online classified platform Quikr.

Interestingly, Brand Capital is an ad-for-equity investor in Snapdeal when its own Times Internet runs an e-commerce marketplace Indiatimes Shopping.

In March 20125, Times Internet and Uber had inked a commercial marketing partnership which also included a small undisclosed investment to facilitate Uber's expansion in India.

ike this report? Sign up for our daily newsletter to get our top reports.