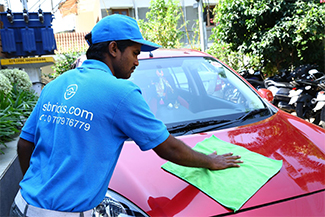 The similarity in businesses of the two companies provided an opportunity for the merger, Nithin Devireddy, CEO of SBricks, said in a statement.

"We thought this would be good synergy, bringing together our last-mile ownership and their aggregator model under one umbrella," said Devireddy. "We are aiming at standardising home services. Once we have created a perfect model in Hyderabad, replicating this to other cities is not going to be a problem."

HomeCues, operated by Homefix Technologies India Pvt. Ltd, claims to have handled about 25,000 clients since its inception two years ago.

SBricks said it will continue to provides its services to corporate clients and facility management services to small, medium and large-format properties under its brand name. The B2C services will be offered under the HomeCues brand, it said.

Founded in 2015 by Devireddy, SBricks claims to have serviced over 50,000 customers. In December last year, it acquired Hyderabad-based facility management services firm Melway for an undisclosed amount.

SBricks operates on a hybrid model and aims to consolidate its business through acquisitions, Devireddy said previously.

Devireddy is also the founder of SaaS-based company ITP Software India Pvt. Ltd. Prior to SBricks and ITP Software, he oversaw the distribution business of ESPN and was a franchise owner of telecom major Bharti Airtel.

The acquisition comes at a time when the home services space has seen considerable consolidation. While last year saw a lot of investor money pouring into on-demand home services startups, many have pivoted their businesses, shut shop, merged with bigger rivals or cut jobs to control costs and sustain investor interest.

In May this year, Bengaluru-based Qyk pivoted its business model to launch a home construction, renovation and interior designing aggregator Papertostone. June saw LocalOye revise its operations to cater to B2B customers.

However, Mumbai-based Zimmber last month raised around $5 million (Rs 33 crore) in a Series A round co-led by Omidyar Networks, IDG Ventures and others. It had acquired Gurgaon-based FindYahan in February.