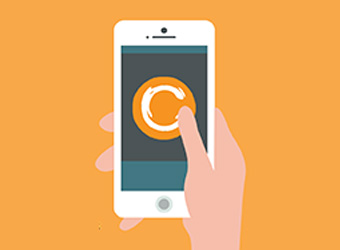 The deal will increase PayU's India customers to 30 million, the company said in a statement. It said it expects to process 150 million transactions in 2016 worth a total $4.2 billion and growing at 50% annually.

The deals indicate the growing opportunities in India's online payments industry thanks to a rise in smartphone and Internet use as well as a policy push to drive financial inclusion. The size of the digital payments industry in India is projected to grow 10 times to $500 billion by 2020, according to a recent study by Google and the Boston Consulting Group.

PayU's acquisition of Citrus Pay will also mean blockbuster gains for the latter's investors, who together owned a 55% stake in the company, and the founding team.

Venture capital firm Sequoia Capital, the earliest backer of Citrus Pay which had invested about $10 million and owned a 32% stake in the firm, will earn a four-fold return on its investment, Jitendra Gupta, founder of Citrus Pay, told TechCircle. Ascent Capital, which bought an 8% stake last year, will get about $12 million while eContext Asia and Beenos Asia will earn three-fold returns each, he said.

Gupta had hinted at a deal during an interaction with VCCircle last month. "We were in the market to raise funding but Naspers offered to acquire us," he said at the time.

According to the terms of the deal, Gupta will join PayU as managing director and drive the fintech play in India. Managing director Amrish Rau will be the CEO of the merged entity in India. Shailaz Nag, PayU co-founder, will focus on new areas of growth through new bank alliances while co-founder Nitin Gupta will help complete the transition before leaving the company to pursue his entrepreneurial ambitions.

Gupta will drive the company's foray into credit for consumers, small and medium businesses, merchants as well as B2B payments and solutions based on the United Payments Interface system through Citrus Pay's Lazy Pay unit.

"We were very clear that we don't want to exit from the day-to-day perspective," Gupta said. "So our first requirement was that we should be given the flexibility to build and continue with the journey we are on. Considering that PayU has both focus and money, we thought it's better to contribute there."

Both Citrus Payment Solutions Pvt. Ltd and PayU Payments Pvt. Ltd focus on corporate clients, and the merged entity will strengthen Naspers' foothold in the enterprise side of India's online payments segment. The consumer side of the business is led by Paytm, MobiKwik and FreeCharge.

PayU operates in India and 16 other emerging economies across Latin America, Europe, Asia and Africa with over 160,000 merchants worldwide on the platform. PayU India was started in 2011 as a unit of Gurgaon-based Ibibo Group, which is controlled by Naspers Group.

Citrus was set up in 2011 by Gupta along with Satyen Kothari. It has three business verticals—payment processing, enterprise payment SaaS solutions and consumer payment services. Citrus Pay's payment gateway is used by companies such as Indigo, Jet Airways and Amazon India. The company crossed $1 billion revenue run rate in December 2014.

In February last year, Citrus Pay launched its consumer-facing app Cube. The app was spun off into a separate entity in December 2015. Kothari left Citrus to join Cube and manage the startup as founder and CEO.

The deal is likely to be completed in the third quarter of this year. Investec acted as the sole adviser for the transaction.