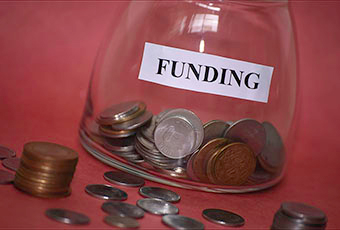 Promon.in, a local commerce platform, has received $180,000 (around Rs 1.2 crore) in a bridge round of funding from Delhi-based investment firm Now Capital, the company's founder said.

Sarabjeet Anand told TechCircle that the Delhi-based firm aims to use the funds for expansion and revamping its technology infrastructure. Part of the money will go to launch the company's first show on MTV.

Sahil Baweja and Ankit Gupta from Now Capital will join Promon as directors and will help the team in forming corporate strategies.

The firm is also looking to raise $2 million in a Series A round of funding to expand its operations to Chandigarh, Mumbai and Bengaluru. Existing investor Jaarvis Accelerator as well as Now Capital have committed to take part in the Series A round, Anand said.

The startup, operated by Promonin Media Services Pvt. Ltd, was founded in April 2015. Anand has a master's degree in management from the University of South Carolina and was previously working with Groupon India as a senior manager.

The startup is a deals-based consumer engagement platform for retailers to get customers. To avail deals the customer has to promote the seller via personalised digital advertisements on social networking sites.

The company aims to attract consumers through entertainment programmes, music concerts and sports. It has three shows, one concert series and one major sporting event planned for 2017. "The idea behind the TV series and concerts is to give the bouquet of curated experiences to the customers," Anand said.

The startup launched the final version of its website in May after trial runs. The full version will go live from October.

Within four months of its launch, Promon has been associated with more than 200 food and beverage merchants showcasing 1,000 products. By June, the startup had distributed about 10,000 vouchers and was clocking monthly gross merchandise value of Rs 5 lakh.

Baweja, co-founder of Now Capital, said that for many vendors discount wars have resulted in commoditisation of their products. "By providing curated branded content and events Promon's solution will enable users to engage deeply with a brand and avail not just discounts but also experiences they connect with," he said.

The startup will start implementing its monetisation plan after launching the revamped final version. It plans to earn through advertising subscriptions and a pay-per-view model over the locked vouchers. Every voucher is locked with an ad which the viewer has to watch to unlock it. The ads are based on users actions and buying patterns. Some of the brands which are associated with Promon are ITC, Honda Cars, Panasonic, Karbonn, MTV, World of Wonders and Radio City 91.1.

The startup had raised $100,000 in seed funding from Jaarvis Accelerator in October last year.

The deals and discovery segment has seen a few other startups raising funds this year. In April, loyalty rewards platform m.Paani raised an undisclosed amount in funding in its pre-Series A round of funding led by Blume Ventures.

In February, CupoNation, a deals and discounts portal, raised $11 million in a Series B round of funding from a group of investors, including existing investor Rocket Internet AG. In January, cash-back and coupons site CashKaro raised an undisclosed amount in funding from Tata Sons chairman emeritus Ratan Tata.

Now Capital is a Delhi-based investment firm which provides capital and consulting services. The firm invests in the food and beverages, real estate, retail technology and media sectors.