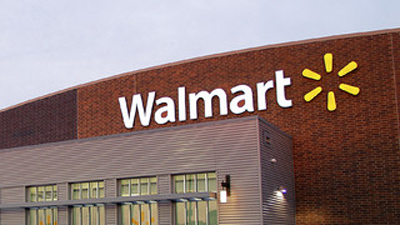 In what is turning out to be an ambitious year for Wal-Mart Stores Inc, the world's largest retailer has nearly doubled its stake in Chinese online retailer JD.com.

In a filing with the US regulator Securities and Exchange Commission, the American retailer—which does business as Walmart—has said it owns more than 9% of shares in JD. This is up from the 5% stake Walmart obtained after selling its Chinese online division to JD in June this year.

The Economic Times had reported last month, citing sources it didn't name, that "the companies are engaged in early talks and a meeting is scheduled soon". These discussions, reportedly, include the world's largest retailer picking up a minority stake in Flipkart.

A Walmart India spokesperson had told Techcircle.in that "as a policy we don't comment on speculative reports". Flipkart too didn't verify the news saying that "it is our policy not to comment on rumours or speculations."

Techcircle.in had written in August about a possible deal between Walmart and Flipkart when the American retail giant bought US web retailer Jet.com. Walmart had bought Jet.com for $3.3 billion in the largest ever buyout of a US e-commerce startup.

Walmart acquired minority stake in JD for about $1.5 billion. According to the report in The Economic Times, the ongoing discussions may lead to a similar deal with India's Flipkart. A Bloomberg report pegged the likely investment amount at $1 billion.

Earlier this month, Walmart India CEO Krish Iyer had said at an event that the company was evaluating the policy guidelines of 100% foreign direct investment in food retail.

Walmart has been present in India for almost a decade now. The company had formed an equal joint venture with Sunil Bharti Mittal's Bharti Enterprises. However, in 2013, it bought out its partner and decided to go solo. Walmart operates 21 Best Price wholesale offline stores in nine states in India.

E-commerce sales in the US in 2015 totalled $340 billion, a 14.6% increase over $298.3 billion in 2014, according to non-adjusted estimates released by the US Department of Commerce. India, according to industry body Assocham, is one of the fastest-growing e-commerce markets in the world and is likely to touch $38-billion in gross merchandise value (GMV) this year, a 67% jump over the $23 billion it clocked last year. Still, it is tiny in comparison with the US.

Clearly, the online markets of India and China cannot be ignored by Walmart if it has to have a stronghold in Asia.