Flipkart races ahead of Amazon in festive sales, Snapdeal sells over 11 million units 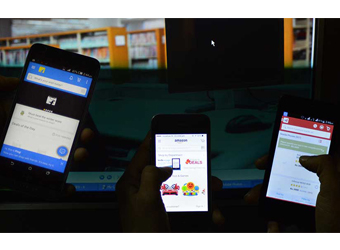 The online Diwali sales have finally come to an end. The big three—Flipkart, Amazon and Snapdeal—battled it out with the best offers and deals to take the No. 1 e-commerce spot and it seems like Flipkart has managed to retain its top spot yet again.

The Bengaluru-based unicorn has sold 15.5 million units at its just-concluded Big Billion Days sale, scoring ahead of Amazon, which sold 15 million units in its five-day Great Indian Festival.

An email query sent to Flipkart confirming the details of units of goods and sales value did not elicit a response at the time of filing this report.

Snapdeal, in a statement, has claimed that it sold over 11 million units during the Unbox Diwali Sale. Fashion, home products and electronics were the top selling categories. Snapdeal also saw a 40% increase in the number of women shoppers on its site. In last year's sale, Snapdeal claimed to have sold 6 million units.

The three major e-commerce firms are all vying to secure their positions in the segment. While Flipkart and Amazon are battling for leadership position, Snapdeal is looking to consolidate its place in the third slot.

Despite an increase in the number of units sold, customers were unhappy with the discounts and there were also complaints that products were more expensive on some e-commerce sites.