India's largest online marketplace Flipkart's valuation woes seem to be far from over as two American mutual funds, Fidelity Rutland Square Trust II and Valic Co. have marked down the value of their investment in the company for the second time this year.

According to filings with the US Securities and Exchange Commission (SEC), the mutual fund managed by Fidelity Investments lowered the value of Flipkart shares it owns by 3.2% and Valic marked down the value of its investment in the company by 11.3%.

The latest markdown by Fidelity leaves Flipkart at its lowest valuation at $8.71 billion, but Valic's valuation positions the Indian e-commerce giant at $10.24 billion.

While Fidelity reduced the value of Flipkart shares to $81.55 for the quarter ended in August from $84.29 in May, Valic slashed down the valuation to $95.84 for the August-ended quarter from $108 in May. 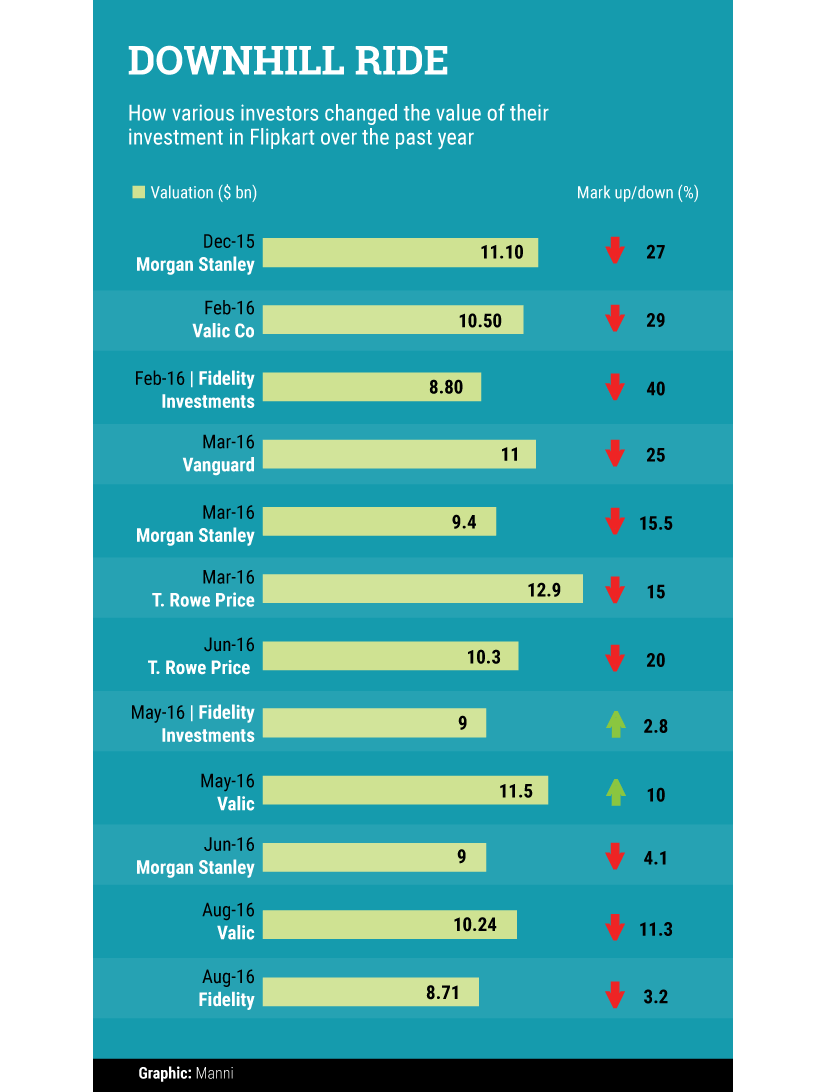 However, in August, both Fidelity and Valic had increased the valuation of their shares in Flipkart by 2.8% and 10%, valuing Flipkart at $9 billion and $11.5 billion respectively.

Mutual funds managed by Morgan Stanley and T. Rowe Price had slashed their valuation of the company twice previously while Vanguard Group, Fidelity Rutland Square Trust II, and Valic Co. have each lowered the value once before.

Fidelity and Valic first invested in Flipkart in 2013 during the company's Series D round. Valic invested again in March 2015. To be sure, the value of their investments has risen since they bought shares of Flipkart. They together own about $6 million of Flipkart shares. The total value of Fidelity's shares, for instance, has risen to about $4.3 million from $1.2 million since 2013.