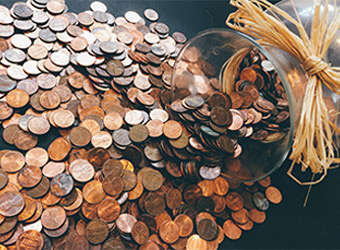 Year 2016 has not been a great period for Indian consumer internet companies. Not only has there been a sharp decline in the number of deals in this space, companies that saw large cheques and subsequent valuation jumps earlier are now facing what they dread the most â€“ markdowns on their valuations.

Top Indian consumer internet companies â€“ Flipkart, Snapdeal and Ola â€“ have suffered multiple markdowns on their valuations this year, show the quarterly filings of global fund houses, the investors in these firms.

Fidelity's latest valuation of Flipkart at $8.71 billion is the Indian ecommerce leader's lowest since its peak of $15.2 billion a year ago. Its closest home-grown rival Snapdeal too saw its valuation sliding as SoftBank booked losses on its India investments. However, exact details are not available as it did not give a break-up of the performance of each of its investments in India.

SoftBank reported a loss of over $500 million due to a decline on the fair value of its investments in Ola and Snapdeal for the six-month period ended 30 September.

"The real issue is not the markdown - it is whether these firms will be able to raise funds and on what terms; and more importantly, from whom," according to Haresh Chawla, partner at India Value Fund Advisors. "(The question is) if financial investors will still place bets on India or these firms will have to turn to strategic investors and permanent capital VCs," he said.

Chawla has a point here. All these companies are in the throes of fundraising efforts.

Flipkart is reportedly in talks for raising $1 billion from Walmart while Ola is said to be raising $600 million from SoftBank and others. Snapdeal too has been trying to raise money through divesting its stake in subsidiary Freecharge.

Also, the valuations of internet businesses are still getting corrected, say industry insiders.

"The headline valuation numbers usually don't reveal everything as we do not know what liquidation preferences and special rights investors have. Internet companies across the world were over-valued last year and several of them are coming off now," Chawla said.

Experts say the valuation markdowns have to be seen in the context of the rationalisation of investors' expectations who are fast realising that the real adoption of ecommerce in India is still several years away.

"There has been growth. But the acceleration of growth has not been manifested, as desired," said PN Sudarshan, senior director at Deloitte India.

"Investors are now realising that while more and more Indians will adopt ecommerce, there is a great future potential. But the future is not today, it could be five or seven years down the line. Accordingly, they are adjusting their own valuation expectations," said Arvind Singhal, chairman of Technopak Advisors, a retail consultancy.

Some believe valuation markdowns are blown out of proportion. "A real validation of valuation for a private company will come when the firm has a funding event and till such an event, any such valuation markups and markdowns should not be given much significance," said Devendra Agrawal, founder and CEO of investment bank Dexter Capital.

"One needs to understand listed firms or listed fund managers are under obligation to report quarterly valuation. However, it may or may not correlate with operating performance of the company," he added.

Once a darling of investors, consumer internet space has been witnessing a funding crunch this year. From deals worth $3.2 billion in the first 10 months of 2015, investments in the segment fell almost to one-fourth to $720 million during the 10-month period ended 31 October this year.