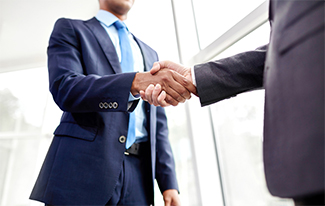 In his new role as vice-president Garg will be responsible for streamlining the entire supply chain process and strengthening reach to its customers.

"Himanshu's expertise in supply chain management will strengthen our endeavour to reach out to as many new customers as possible in tier III and tier IV cities. We are of the firm belief that he will make a significant contribution and help us in realising our goals together," said, Swati Gupta, co-founder and chief executive, Industrybuying, in a statement on Tuesday.

Garg, an IIT-Roorkee and MDI Gurgaon alumnus, comes with nearly 12 years of experience in different supply-chain-management functions. Prior to his appointment at Industrybuying, Garg worked with companies like Dabur India and Tata Motors.

In his last assignment with Dabur India, he worked as senior manager, supply chain, for almost 10 years where he was managing primary logistics of the company and helped in IT automation, process development, re-engineering and innovation.

"We, together as a team, will further improve buyers' experience by building an end-to-end supply chain process, infrastructure and developing logistics service providers (LSPs). Industrybuying has made several key hires in the last few months. In September 2016, it appointed former MakeMyTrip executive Bharat Arora as its financial controller.

In August 2016, it appointed former Gap executive Manvinder Kaur as its vice president, HR (human resources). In the same month, it hired Faisal Ansari, co-founder of B2B marketplace for industrial equipment Omnikart, after it closed operations due to disagreement between its two founders on the firm's growth strategy.

Delhi-based Industrybuying was co-founded by siblings Swati and Rahul Gupta in 2013. Swati is a former Bain & Co. employee and has 14 years of management consulting and private equity advisory experience spanning over New York and India. Rahul, an alumnus of Columbia University, previously worked as a trader with Lehman Brothers.

The startup raised $1.8 million (Rs 12 crore) in debt financing from venture-debt provider Trifecta Capital in January. It is also backed by investors such as SAIF Partners, Kalaari Capital and BEENEXT.

The company claims to have 80,000 business customers.

Industrybuying competes with Ratan Tata-backed Moglix and Power2SME, which is backed by Kalaari Capital, Accel Partners and Nandan Nilekani.