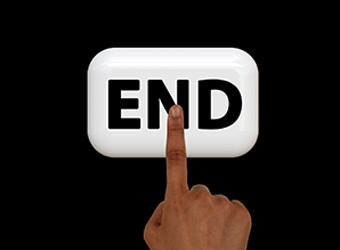 Omnikart, its B2B marketplace for industrial equipment, has closed operations due to disagreement between its two co-founders on a growth strategy.

Ansari has now joined Industrybuying.com, an online marketplace for industrial goods run by Emtex Engineering Pvt. Ltd, where he will lead some categories and help drive growth.

Omnikart was founded by IIT Bombay alumni Ansari and Mandar Zope in July 2014. Ansari previously worked at real estate portal Housing.com as the head of market research while Zope worked at Rolls-Royce as a manufacturing engineer.

Zope couldn't be reached for a comment by the time of filling this report.

Omnikart had in July last year raised $100,000 (about Rs 66 lakh) in seed funding from angel investors including Sumit Gandhi and Manish Gandhi, the promoters of trade fair and exhibition organising company ABEC Ltd, according to media reports at the time.

Ansari said things went south after the seed funding. "We lost track and were not focusing on profitability and hence our growth suffered. Finally, in March we decided to stop the operations due to internal conflicts," he said.

Media reports had last year cited Zope as saying that the company was planning to raise $2 million by the end of December 2015. But the funding never materialised.

A slowdown in funding across the startup ecosystem has resulted in a number of early-stage firms either shutting operations or pivoting their business models from the consumer segment to the business segment.

According to VCCEdge, the data research platform of News Corp VCCircle, only three Series A funding deals were reported in the first 20 days of the month.

Series A funding is crucial for startups as it marks the first institutional round of investment and brings a larger stash of capital compared to angel or seed rounds. It also sets the stage for bankrolling a bigger expansion plan for a startup.

Besides Industrybuying, a few other industrial tools marketplace have come up over the past two years and attracted investors. These include Moglix, Bizongo, Tolexo and Power2SME, among others.