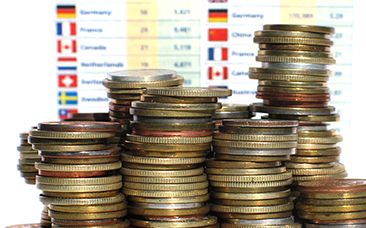 Vymo said it would use this funding to deepen its R&D (research and development) and strengthen its presence in international markets. The three-year-old startup â€“ which has been bootstrapped to date â€“ is set to expand in the Middle East and Asia Pacific markets, it said in a statement on Tuesday.

"Vymo helps organisations improve their sales performance by converting manual operations to rule-based algorithms, something not fulfilled by traditional CRMs. As such, it's a key tool for any company seeking to maximize its sales potential," said Shailesh Lakhani, managing director, Sequoia Capital India Advisors.

Founded by Yamini Bhat and Venkat Malladi in 2013, Vymo is a personal assistant app for enterprise sales and service teams. The company use signals and context like location, phone calls, calendar, source of the lead, time of the day and so on, to understand the most important actions the sales representatives or reps need to take, and help them prioritize. It also learns from the actions they are taking and correlate them to their success.

"Our data pipeline, scalable infrastructure and learning systems analyze millions of data points every day to deliver personalized intelligence to every sales rep. And we are just getting started," said Malladi, co-founder and chief technology officer of the company.

Prior to founding Vymo, Malladi was part of the team at Google that built Google Mobile, while Vymo chief executive Bhat previously worked at consultancy firm McKinsey & Co.

Vymo has over 25 customers such as HDFC, SBI Life, Axa, among others.

"Sales tools typically add effort for the sales rep, and give value to the sales manager. Vymo's solution requires low or minimal data input and enables the sales representative to be more productive. Vymo uses data from over 25,000 sales reps to map out skills and provide real-time recommendations, helping its users choose their most efficient course of action", said Bhat.