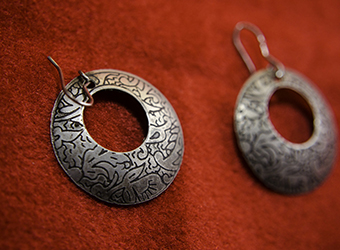 Sahu and Pant are the co-founders of telemedicine company HealthcareMagic, which was acquired by US-listed Ebix Inc for $18.5 million in 2014. Sahu has also invested in six other startups, including women's job network LocalQueen and vitamin drink maker Kiji Foods.

Indofash is an online platform for ethnic women's wear, kids' wear, home dÃ©cor and jewellery. It was founded by Mohadikar and IIT Bombay alumnus Rahul Gayakwad in April last year.

Mohadikar, co- founder and CEO of Indofash, said the company aims to bring 130 lakh artisans and weavers on board and enable them to sell their art online through its seller app.

She said the angel round will help the company grow Indofash in next six months and that the company is looking to raise $2.5-3 million in the next round for expansion within India and outside.

The company claims it gets 15,000 to 18,000 unique visitors every day and 80,000 page views on the website. "We are doing more than 100 transactions every day and 50% of them are international orders," said Mohadikar. "We are growing at 55% month on month since we have raised funds."

Indofash joins a handful of other ethnic wear e-commerce firms such as Cratsvilla and Indiaroots in raising funds.

NDTV Ethnic Retail Ltd, a subsidiary of media group NDTV that owns ethnic wear-focused e-commerce venture Indianroots, had raised $5 million in a Series A round of funding in May last year.