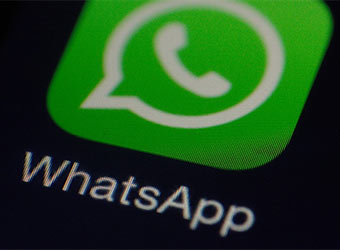 Instant messaging platform WhatsApp is now facing stiff competition with the likes of Google Allo, Snapchat and Hike adding new features to its interface. To stay relevant WhatsApp has introduced two new features—video streaming and animated GIF support for all its users in its latest update.

The new video stream feature will allow users to stream video shared on WhatsApp even without downloading it. The video however will automatically get downloaded while it's streaming, unless the user disables the auto download option from the settings. The updated WhatsApp will show a play button instead of the download button.

The second feature that the app introduced is the ability to share GIF images. The app can convert six-second video clip into a GIF image before sharing. The feature also allows users to selectively crop their GIFs before sending. All the received GIFs will be accessible via WhatsApp animated GIFs folder inside WhatsApp's file directory.

WhatsApp messenger still stands strong with the competitive Google Allo delivering serious blows. Google Allo on Monday announced that the app is now also available in Hindi language. Google also states that it has the highest number of users in India.

Instant messaging service WhatsApp has been aggressively introducing new features to compete with its rivals.

In November, WhatsApp rolled out its video calling feature in 180 countries. WhatsApp is also testing a new feature that will allow users to send images to its contacts for a limited period. The feature, similar to Instagram 'stories' and Snapchat's 'snaps', will co-exist will the old 'status' update tab.

WhatsApp was launched in 2009 by two Yahoo! engineers Jan Koum and Brian Acton and was acquired by social media giant Facebook in 2014. It now boasts over one billion active users globally.