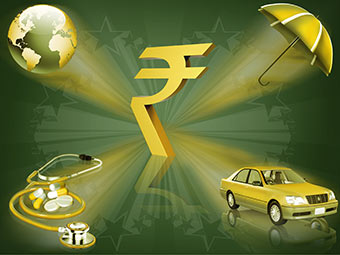 Existing investors Ribbit Capital and Omidyar Network also participated in the round, a person directly aware of the deal told Techcircle on Wednesday.

PayU will invest $3.7 million into the startup for a 20% stake in the company, the person added. Lizzie Chapman, the chief executive and a co-founder of ZestMoney, declined to comment on the development. An email query sent to PayU did not elicit any response by the time of filing this report.

The Times of India earlier in the day reported that PayU is investing $3.7 million in ZestMoney, but it didn't specify the overall investment in the startup.

ZestMoney provides online shoppers the facility to open accounts instantly with banks providing loans. Users can then avail equated monthly installments (EMI) to make purchases without having to use a credit card.

The startup gathers data from various sources, including credit information bureaus, to help users decide. This means even customers who have not taken loans in the past can get a ZestMoney-enabled EMI.

In September last year, the startup had raised seed funding of $2 million from Ribbit Capital and Omidyar Network. The startup was founded by finance and tech professionals Lizzie Chapman, a former Goldman Sachs executive; Priya Sharma (CFO and COO), a former Merrill Lynch associate; and software engineer Ashish Anantharaman (CTO). Prior to founding ZestMoney, the three co-founders were with Wonga.com, a UK-based loan company.

Chapman moved to India in 2011 to head the India operations for Wonga.com. She is a CFA charterholder and a graduate from Edinburgh University.

PayU operates in India and 16 other emerging economies across Latin America, Europe, Asia and Africa with over 160,000 merchants worldwide on the platform. PayU India was started in 2011 as a unit of Gurgaon-based Ibibo Group, which is controlled by the Naspers Group.

"PayU's investment in ZestMoney coupled with its acquisition of Citrus and its parent Nasper's decision to exit Goibibo suggests that Naspers is choosing its battle carefully," said Devendra Agrawal, founder and managing director at investment bank Dexter Capital. "There is a clear shift in focus toward fintech to capture a large pie of India's fast-growing digital population, given the rise in smartphone use and the government's push to drive financial inclusion."

In October, in the biggest consolidation move in the online travel agency space in India, NASDAQ-listed MakeMyTrip had agreed to buy Ibibo Group, which is co-owned by Naspers and Chinese investment firm Tencent, in a stock deal.