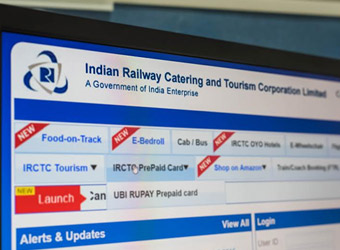 Indian Railway Catering and Tourism Corporation (IRCTC), a subsidiary of the government-controlled Indian Railways, has introduced several initiatives in November and December to improve the commuting experience for millions of travellers. IRCTC, which started with 29 bookings a day in 2002, is currently booking 1.45 million tickets a day. If you are a user of IRCTC, you may want to take a look at these recently introduced initiatives:

1. Inclusion of the third gender in reservation forms: Indian Railways and IRCTC have now included transgender, alongside male and female, as a third option in the ticket reservation and cancellation forms. The inclusion was a result of compliance with a petition of the National Legal Services Authority, which aimed at providing equal rights and protection to the transgender community.

3. Concierge services on 139 facility: The concierge services introduced by IRCTC to improve passengers' travel experience can now be availed through the 139 Interactive Voice Response (IVR) facility. It includes amenities like pick and drop, e-wheelchair and porter services at big railway stations. Last week, IRCTC introduced a facility whereby passengers can cancel their reservation and claim a refund by dialing 139.