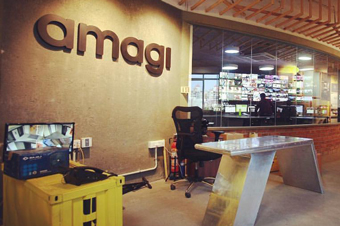 While the over $2 billion PremjiInvest is the investment arm of Azim Premji, chairman of multi-billion dollar IT giant Wipro, Emerald Media is a pan-Asian platform established by global investment firm KKR along with Chernin Group for investing in the media and entertainment sector.

Emerald Media is believed to be leading the investment round, though this could not be ascertained independently.

"The transaction will close by Tuesday or Wednesday, if not earlier," said one of the two people cited above and directly involved with the transaction.

For Emerald Media, this would the second deal after buyout major KKR formed an investment platform along with American media holding company The Chernin Group to invest in Asian media and entertainment ventures last November.

In October, it acquired a significant minority stake in YuppTV for $50 million (Rs 332 crore). YuppTV is an over-the-top (OTT) video platform for South Asian content offering live TV, catch-up TV and movies on-demand in 14 languages across the globe.

This would be a Series D round of venture funding for Amagi that has previously raised around $26 million from Nadathur Holdings, Mayfield and PremjiInvest, according to VCCEdge, the data research platform of News Corp VCCircle.

It was valued at around $40 million in its last funding round.

A spokesperson of Amagi confirmed the fund raise but did not reveal further details: "Amagi is in the midst of a fund raise. However, we have no announcements to make at this stage."

Mails sent to Emerald Media and PremjiInvest did not elicit any response at the time of the filing of this report.

The Economic Times had reported in September that Amagi is in talks to raise $25 million in its Series D round, citing the company's co-founder Baskar Subramanian. It did not name the prospective investors.

Amagi is a media technology company which provides cloud broadcast and targeted advertising platforms to customers worldwide. It claims to enable TV networks to create a complete broadcast workflow at a fraction of the cost compared to traditional broadcast models.

Using Amagi's patented technologies, advertisers can target audiences at a regional and individual level across traditional TV and OTT (over-the-top) multiscreen platforms. Simply put, if viewers in Mumbai and Delhi are watching the same TV channel, they will still see different ads, depending on their geographical location.

Amagi has deployments in over 25 countries for leading TV networks and is India's largest TV ad network supporting more than 3,000 brands. It is headquartered in Bengaluru, with offices in New York, London, Tokyo and Hong Kong.

The firm was founded eight years ago by Srinivasan KA, along with Subramanian and Srividhya Srinivasan. Prior to Amagi, they had also co-founded another technology company, Impulsesoft Pvt. Ltd, a bluetooth audio solutions provider. Impulsesoft was later acquired by SiRF, a NASDAQ-listed semiconductor firm based in the US. After the acquisition, the trio held key positions at SiRF, before starting Amagi.

In January 2015, Amagi had announced its Series C round of investment from PremjiInvest and existing investor Mayfield. It had not disclosed the investment amount that is believed to have been close to $13 million in that round led by PremjiInvest, which brought in over $9 million. Atul Gupta, principal at PremjiInvest, was appointed as an additional director on Amagi's board.

In June 2014, the firm had raised $5.7 million in Series B funding from global venture capital firm Mayfield with participation from existing investor Nadathur Holdings, an investment firm founded by Infosys' co-founder NS Raghavan. This was almost a year after the firm bagged $5.4 million from Nadathur in August 2011. Nadathur had also put in $2.5 million in Amagi in 2009, according to VCCEdge.

This article has been updated with some additional information.