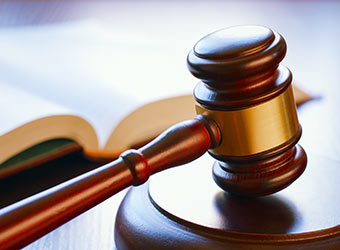 Malaysian telecom and media conglomerate Astro Entertainment Network Ltd (AENL), which is the majority investor in the now defunct ecommerce company AskMe.com, has approached the Delhi High Court seeking the wind-up of the firm. The court is expected to hear the petition soon.

Astro's petition for AskMe's closure is in line with its position that it will leave it to a court-appointed liquidator to find a potential buyer for the firm in a wind-up scenario, as reported by Techcircle earlier.

AskMe, which was incorporated as Getit Infoservices Pvt. Ltd and was running a clutch of ecommerce businesses, suspended operations due to mounting losses and unavailability of funds, leaving its 4,000 employees and hundreds of vendors unpaid. After the company shut down operations, the investor and the management have been fighting over who will clear the mess that resulted in a number of lawsuits.

While seeking for the wind-up, Astro has sought to distance itself from the current situation by citing the Subscription and Shareholders Agreement (SSA) signed between it and the promoters of AskMe that include Sidharth Gupta, Ramesh Gupta and Sanjiv Gupta. The agreement was signed in August 2010 when it first invested in Getit.

"As stipulated in the SSA, the responsibility for the management of the company was entirely that of the promoter group and the principal chief executive roles were held by Sidharth Gupta and then by Sanjiv Gupta," it said in the petition.

The petition also revealed that the company, as of July 2016, made a net loss of Rs 410 crore and had liabilities of around Rs 460 crore, based on the unaudited financial information provided by the management.

"The company no longer has a functional board of directors and/or an effective management in place," according to the petition. Managing director and CEO Sanjiv Gupta, other key executives and most of the directors had resigned once troubles surfaced in August following Astro's decision not to fund the company any longer. It said it had invested around $300 million in AskMe.

Any prospective investor would have to spend in excess of $80 million to clear liabilities and debts. The petition called Sanjiv Gupta's management buyout offer as 'disingenuous' as it required Astro to pay an additional $50 million.

Citing a deep level of distrust between the shareholders and the management, the lack of funds and unlikelihood of a turnaround, Astro sought for the wind-up of AskMe.

A spokesperson for Sanjiv Gupta said, "What we have made out of the matter so far is that Astro wants to circumvent laws and wants to flee the country by not paying dues including the statutory ones. We have records and documents to prove that during Sanjiv Gupta's tenure as MD, every milestone was met and expenditure was approved by the board having directors of Astro Malaysia. Even term sheets for investments were received which were also perused by Astro. We have submitted all evidences to the court and have full faith in the country's judicial system."

An Astro spokesperson did not respond to queries.