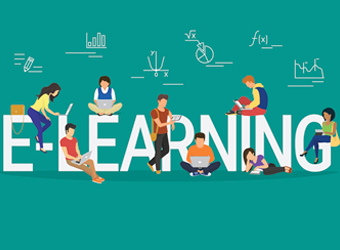 E-learning and test preparation company iProf Learning Solutions India Pvt. Ltd is winding down its operations, according to two people familiar with the matter. iProf's website has not been operational for nearly a month now.

"The organisation is in the process to closing down its operations," a person who works at the company told Techcircle. He did not wish to be identified.

In March 2011, it raised Rs 27 crore (then $6 million) from US-based test preparation leader Kaplan Ventures, Norwest Venture Partners and IDG Ventures India. In 2014, it received Rs 55 crore ($9 million) in a round led by DMGI with participation from IDG and Norwest.

In June last year, VCCircle had reported that the company is in talks to raise nearly $20 million its Series C round of funding from existing as well as new investors.

"Existing investors will put in about 50% of the Series C funding while the remaining will come from new investors," Sanjay Purohit, founder and chief executive of the company had told Techcircle then. Emails sent to the company and its investors did not elicit a response at the time of writing this report.

Purohit left the company six months ago, according to his LinkedIn profile. Purohit has since joined merchant banking firm M-III Partners in New York as its managing director.

The market size of online supplemental education opportunity in India is expected to touch $2.5 billion in 2016 and is poised to grow at 15% over the next three years, according a report by research and advisory firm RedSeer Consulting.

Byju's is the most funded company in the education and test preparation segment. In September, Byju's, run by Think & Learn Pvt. Ltd, raised $50 million (Rs 332 crore) in a funding round co-led by Chan Zuckerberg Initiative (CZI). A month earlier, it had raised $75 million (about Rs 500 crore) from Sequoia India and Belgian investment firm Sofina.

In the same space, Matrix Partners India-backed Purple Squirrel Eduventures Pvt Ltd, which connects students with industry partners for field visits, workshops and hands on experience, shut down its operations in May this year. The company had raised $2 million in funding from Matrix and India Quotient.