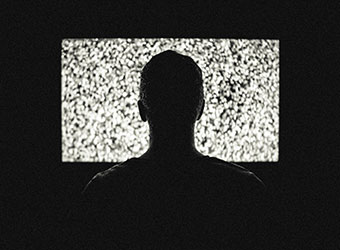 Video streaming platform Dekkho, run by Baadl Technologies Pvt Ltd, has raised $1.2 million (Rs 8.1 crore) from seven angel investors in its seed round of investment. The startup did not reveal the names of these investors.

The company was founded by former Booz Allen Hamilton consultants Tanay Desai and Vinay Pillai in March 2016. Dekkho is a streaming platform that offers curated content sourced from leading content providers from India and abroad. The startup claims its service consumes less internet bandwidth, and offers an offline viewing facility and exclusive access to new content for free.

"We aim to create a sustainable, three-way ecosystem for content producers, advertisers, and users through a free-to-use service. We feel premium consumption will be primarily driven by three key factors â€“ content diversity, user experience, and availability before anywhere else," co-founder Desai said in a statement on Monday.

The company claims to have reached two million social media users on a monthly basis prior to launch. It also has strategic partnerships with brands such as Paytm, Mobikwik, Lava, LeEco, and Micromax.

Dekkho currently has over 12,000 hours of programming, which is made available by partnering directly with digital channels such as Sony Music, Zee Music, Blush, Miss Malini, Times Group, ScoopWhoop, and others.

The local video streaming market in India has a variety of players, including traditional broadcasters such as Star India (Hotstar), telecom firms like Reliance Jio, and pure play video streaming players such as YuppTV, Spuul, Hungama and Ditto TV.

In October, Emerald Media, a pan-Asian platform established by KKR for investing in the media and entertainment sector, acquired a significant minority stake in YuppTV for $50 million (Rs 332 crore).

Besides these, US-based video streaming service Netflix, which entered India in January this year, is looking to create localised content in order to strengthen its position in the country. It is also looking at smartphone and Internet use for its growth.