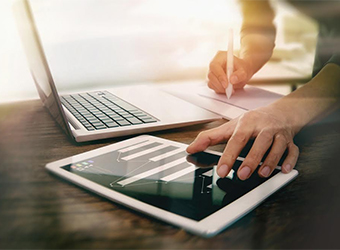 Pune-based Taxsutra Services Pvt Ltd, which runs tax information portal TaxSutra, has raised Rs 2.5 crore in its third round of funding from existing investors V Balakrishnan and T V Mohandas Pai, former board members and CFOs of Infosys. Former tax head at IT firm Wipro Ltd P V Srinivasan also participated in this round of funding, the company said in a statement.

Since the previous round of fund raising in February 2015, TaxSutra claimed that its revenues have more than doubled and has expanded to now run six portals, with a team of 40 professionals. Arun Giri, the startup's co-founder told TechCircle.in that it now has more than 3,000 paid subscriptions.

"The Taxsutra team has utilised their domain experience to build a deeply valuable repository of highly relevant content and expert analysis, and are now demonstrating the data network effects that arise out of a well-executed model in this space," Pai said in a statement.

The company was founded in January 2011 by a mix of media and tax professionals Giri, Ameya Kunte and Arun Anant.

In February 2015, it had raised Rs 1 crore from investors including Balakrishnan and Pai.

In December 2012, the startup raised Rs 50 lakh in angel funding from an undisclosed investor.

Delhi-based Hello Tax secured angel funding from a high-profile investor in June last year. The firm helps users to file their income tax returns through an app and also maintains tax-related documents in a drive.