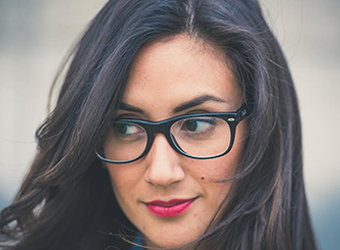 The company's revenue for 2015-16 jumped 63% to Rs 99 crore, Mint reported citing documents filed with the Registrar of Companies (RoC). Its advertising and promotional expenses grow 52% to Rs 58 crore, the report said. It didn't specify year-earlier numbers.

Lenskart had posted a net loss of Rs 63.5 crore on total income of Rs 60.9 crore for 2014-15, according to VCCEdge, the data research platform of VCCircle, based on the company's filings to the RoC.

The wider loss indicates that the company, which has both online and offline offerings, is spending more to generate sales.

Lenskart didn't immediately respond to an email seeking comment on its earnings.

The company was started in 2008 by Peyush Bansal, Amit Chaudhary, Neha Bansal and Sumeet Kapahi.

Lenskart is backed by several marquee investors. In September, it raised an undisclosed amount of funding from PremjiInvest, the private investment arm of Wipro Ltd chairman Azim Premji.

Previously, the company had raised $4 million in its first round of funding in 2011 from IDG Ventures. A year later, it brought in media veteran-turned-investor Ronnie Screwvala's Unilazer Ventures on board as it secured another $10 million. In 2015, it raised Rs 135 crore in a Series C round led by TPG, Hong Kong-based TR Capital and IDG.

Most e-commerce companies in India are making losses. Fashion e-tailer Myntra, which is owned by Flipkart, saw 2015-16 losses widen to Rs 816 crore from Rs 741 crore. Its revenue grew 38% to Rs 1,069 crore. The Indian arm of US-based online selling platform eBay Inc reported a three-fold rise in revenue and a wider loss for 2015-16. It reported losses of Rs 262 crore for the year ended March 2016 versus Rs 172 crore the year before while revenue soared to Rs 392 crore from Rs 132 crore.