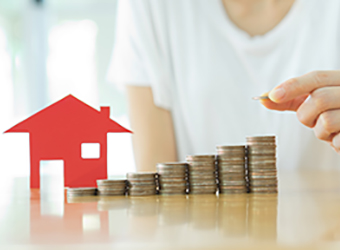 Online real estate brokerage PropTiger.com and property listing portal Housing.com will merge in an all-stock deal that quickens the pace of consolidation in the sector.

The deal involves the combined entity receiving fresh funding of $55 million from their main investors, the two companies said in a joint statement on Tuesday. This is the largest investment in the Indian digital real estate commerce sector for two years.

The announcement ends months of speculation about the future of Housing, once heralded as one of India's hottest startups.

Housing.com, incorporated as Locon Solutions Pvt Ltd, was founded by a dozen IIT Bombay students in 2012 as a house search site and raised around $120 million in two years from investors including Japanese telecom and Internet conglomerate SoftBank Group Corp.

However, its dream run gave way to wayward expansion moves, marketing blitz and open feud with investors, leading to the ouster of co-founder and then CEO Rahul Yadav in 2015. SoftBank then took steps to put the company back on track, appointing Jason Kothari as CEO and providing more capital.

Kothari scaled back businesses, pruned workforce and shut operations in many cities to keep the company afloat. Housing investors also explored its merger with a number of players including SoftBank-backed Snapdeal, before sealing the deal with PropTiger.

PropTiger's main investor is News Corp. In the latest deal, Australia's REA Group, which is majority-owned by News Corp, will pump in $50 million and an affiliate of SoftBank will invest $5 million.

PropTiger co-founder and CEO Dhruv Agarwala will lead the combined entity while Kothari will leave the organisation. Kothari will be an adviser for a short period.

News Corp is building a strong presence in real estate services across regions through its companies such as REA and Move Inc. (Realtor.com). The latest deal will help it strengthen its position in India and turn SoftBank, a powerful competitor, into an ally.

PropTiger, incorporated in Singapore as Elara Technologies Pte Ltd, was founded in 2011 by Dhruv Agarwala, Kartika Varma and Prashan Agarwal. Besides News Corp, it has raised funding from Accel Partners, SAIF Partners and Horizon Ventures.

The statement said PropTiger has completed transactions worth $1.5 billion since its founding in 2011 while Housing.com is receiving over four million visits every month. It said the joint entity will offer full-stack services to customers, real estate developers, brokers and home owners.

The PropTiger-Housing deals comes exactly a year after Tiger Global-backed CommonFloor, one of their peers among the new-age digital real estate commerce startups, merged into online classifieds firm Quikr.

The latest deal has made the online realty segment less crowded. PropTiger itself had acquired Makaan.com, one of the earliest property listing sites in India, in April 2015.

The early movers in the business, Info Edge's 99acres.com and Times Group's Magicbricks.com, have so far stayed away from the consolidation game.

News Corp, the largest investor in PropTiger, owns the parent of this website.