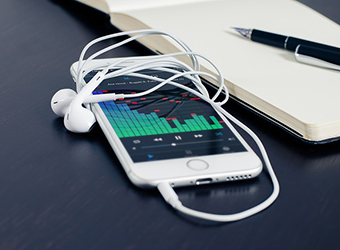 The move will enable brands to automate real-time buying, targeting, optimisation and reporting of audio ad inventory, Saavn said in a statement, adding its existing 250 advertisers will be able to use data to access and communicate with the service's 20 million listeners.

Founded in 2007, Saavn has offices in Mumbai, Gurgaon, Bangalore, New York, and California. The company, which has users in 196 countries and offers around 30 million tracks in 13 languages, has joined hands with over 900 labels, including T-Series, Tips, YRF, Saregama, Eros, Universal, Sony and Warner Music.

Amit Singla, head of digital marketing, HP India, said a reduction in time to set up campaigns and get real-time reports is an added benefit, especially in an increasingly media fragmented world. HP was the first brand advertiser in India to run digital audio buys programmatically on Saavn, according to the statement.

The company had secured an undisclosed amount of strategic investment from Guy Oseary, CEO of talent management agency Maverick Records, in June last year. Following the investment, Oseary had become a partner in Saavn.