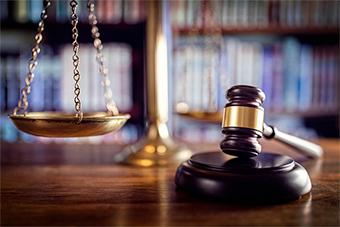 Getit, which ran e-commerce marketplace AskMe.com and a bunch of online retail ventures, became defunct in August last year when investor Malaysian telecom conglomerate Astro Entertainment Networks Ltd pulled the plug on it. That was followed by accusations and counter-accusations of irregularities between the management and investors, apart from a bitter legal battle that is far from over.

A spokesperson for Sanjiv Gupta, former MD and CEO of Getit, told Techcircle that it was on the basis of Gupta's request that the court directed an investigation. "Sanjiv Gupta submitted a written application to the court requesting for an SFIO investigation into the affairs of Getit on February 2. The application is a matter of records of the court."

However, an Astro spokesperson said the company was keen to understand how its $300-million investment was deployed by Sanjiv Gupta and his management team, adding that Gupta and his team never met operational and financial targets committed to the Getit Board and shareholders.

Earlier this month, the Delhi High Court had observed that Getit be wound up as it was not able to repay its debts. "The entire foundation of the company is in peril and the company has lost its substratum," it had said.

Techcircle had exclusively reported in December that Astro had approached the court seeking a wind-up of the firm.

Earlier, Gupta had alleged that Astro, which faced investigation over the Aircel-Maxis deal, was trying to flee the country without paying the closure cost. Astro had reacted with counter-allegations saying Getit could not sustain itself despite the former pumping around $300 million into the company, and threatened to conduct a forensic investigation.

The shutdown of AskMe (Getit) had led to massive job losses as 4,000 of its employees were left in the lurch after not being paid for two-three months. The event compounded the job cuts in the consumer internet space, set off in late 2015 by a venture capital funding slowdown.