PayU leads $6.5 mn round of funding in ZestMoney 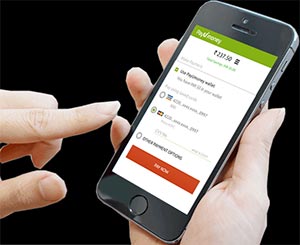 Bengaluru-based Chalk Farm Ventures Pvt. Ltd, which runs consumer lending startup ZestMoney, has raised $6.5 million (Rs 43.5 crore) in a Series A round of funding led by Naspers-owned online payments firm PayU, the company said in a statement on Wednesday.

Existing investors Ribbit Capital, Omidyar Network and a few angel investors also participated in the round, the company said in the press statement.

On December 7, Techcircle had reported that ZestMoney had raised series A round of funding of $6.5 million.

PayU invested $3.7 million into the startup for a 20% stake in the company, a person familiar with development had told VCCircle.

ZestMoney provides online shoppers the facility to open accounts instantly with banks providing loans. Users can then avail equated monthly instalments (EMI) to make purchases without having to use a credit card. The startup gathers data from various sources, including credit information bureaus, to help users decide. This means, even customers who have not taken loans in the past can get a ZestMoney-enabled EMI.

In September 2015, the startup had raised seed funding of $2 million from Ribbit Capital and Omidyar Network.

The startup was founded by finance and tech professionals Lizzie Chapman, a former Goldman Sachs executive; Priya Sharma (CFO and COO), a former Merrill Lynch associate; and software engineer Ashish Anantharaman (CTO). Prior to founding ZestMoney, the three co-founders were with Wonga.com, a UK-based loan company.