SAIF Partners checks out of MakeMyTrip with multi-bagger returns 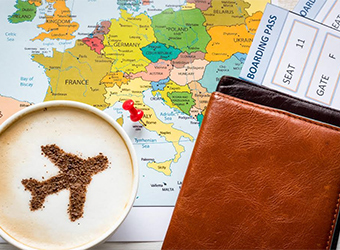 Venture capital and growth-equity investment firm SAIF Partners has fully exited MakeMyTrip Ltd, according to the Nasdaq-listed online travel services provider's filings with the US Securities and Exchange Commission.

The investment firm sold its remaining stake in MakeMyTrip in the October-December quarter for about $150 million, according to VCCircle estimates.

This takes the total amount that SAIF Partners generated from exiting MakeMyTrip since the first stake sale in 2010 to around $400 million, or about 16 times the money in invested in stages.

The exit comes as shares of MakeMyTrip have risen almost 66% to $33.95 apiece since 17 October 2016, a day before the online travel firm said it agreed to acquire rival ibibo Group.

SAIF Partners earned an internal rate of return (IRR) of 45-50% in dollar terms, as per VCCircle estimates. The returns in rupee terms would be much higher.

SAIF Partners first invested in MakeMyTrip in 2005 to buy the stake of an early investor and pumped more money over the next three years. In total, it invested about $24.23 million in tranches to between 2005 and 2008, according to VCCEdge, the data research platform of VCCircle.

The investment firm owned a tad more than half of MakeMyTrip when the company floated its initial public offering in 2010. SAIF Partners sold part of its stake in the IPO.

It shed more stake in MakeMyTrip when the company floated follow-on public offerings in 2011 and 2014. At the end of March 2016, SAIF Partners owned 14.41% of MakeMyTrip, SEC filings show.