In Charts: Chinese brands now account for 1 in 2 smartphones sold in India

Chinese smartphone vendors, which have been gaining prominence in India thanks to a bevy of aggressively-priced models, continued to wrest market share from home-grown players and multinational manufacturers in the October-December quarter.

Their share in the local smartphone market touched a whopping 46 percent during the period, with shipments doubling over the same period last year, shows International Data Corporation's (IDC) Quarterly Mobile Phone Tracker. Oppo and Vivo, in particular, grew at a breakneck pace with shipments rising 30% and 51%, respectively, over the previous quarter. 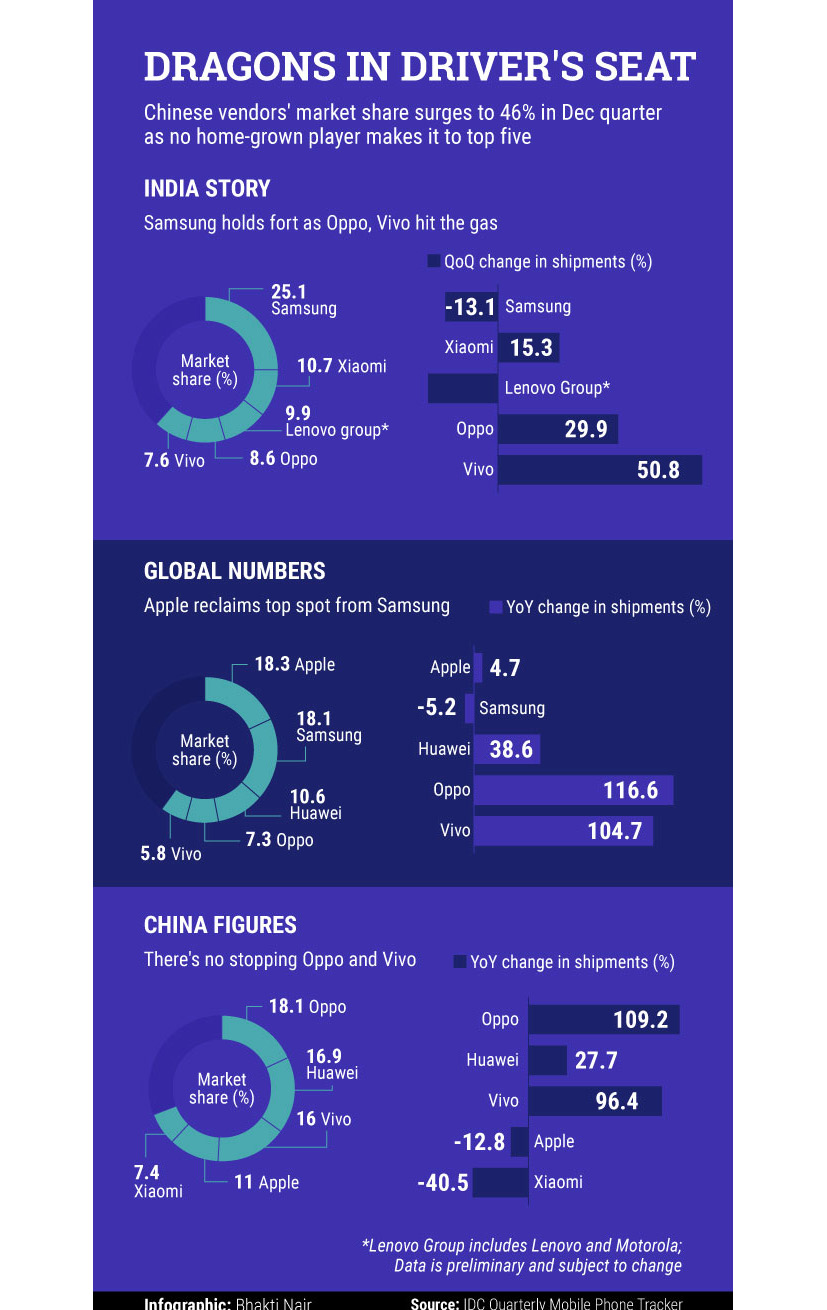 What is interesting is this growth came despite the overall market shrinking 20.3% from the previous quarter, mainly due to the government's demonetisation move that severely affected discretionary spending. The share of home-grown vendors in the smartphone market slipped further to 19 percent, with none of them able to secure a position among the top five for the first time.

The IDC report adds that trouble is going to mount for local players as Chinese vendors have now entered the high-volume feature phone market, which has traditionally been dominated by the former. For instance, China's Transsion Group, which entered India last year, has seen its itel brand climb to the second spot in the overall mobile phone market.

Oppo and Vivo were among the top five smartphone sellers globally as well, with their shipments zooming 117% and 105%, respectively. The two companies are known for their aggressive offline sales strategy.