Swedish investor Kinnevik to sell half its stake in Rocket Internet 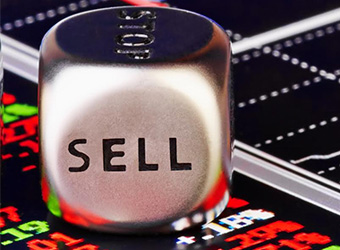 It plans to sell nearly 10.9 million shares, representing 6.6% of Rocket Internet's issued share capital, to institutional investors at â‚¬19.25 per share, Kinnevik said in a statement on Wednesday.

Berlin-headquartered Rocket Internet was founded in 2007 by three brothers â€“ Marc, Oliver and Alexander Samwer. The publicly listed firm is facing heat from its investors over continuous losses and a decline in revenue of its portfolio companies globally.

Rocket Internet's India bets Rocket Internet's experience in India, for example, is far from being laudable. It made its debut investment in the country nearly five years ago and backed firms such as HeavenandHome, Printvenue, PricePanda, OfficeYes and 21Diamonds, among others.

It made bigger bets on food-tech venture Foodpanda, fashion e-tailer Jabong and furniture portal FabFurnish. Most ventures rapidly expanded initially, but subsequently ran into rough weather and struggled to survive.

Last year, Rocket Internet sold Jabong and FabFurnish in what can be called as distress sales. In April last year, Future Group acquired FabFurnish.com in an all-cash deal. In July 2016, Jabong was sold to Indian e-commerce firm Flipkart's fashion portal Myntra for $70 million.

Rocket Internet is now left with Foodpanda, Printvenue and CupoNation in India.

Foodpanda grew fast, acquired smaller companies and became one of the early Internet successes as it spent aggressively on marketing and customer acquisition. It then got tangled in one controversy after another, from fake orders and questionable financial deals to top-level exits, a slump in valuation and staff layoff amid talk of a shutdown. Printvenue also saw top-level exits in 2015. Rocket Internet, however, led a Series B round of $11 million in CupoNation in December 2015.

Rocket Internet works on a simple formula—it copies business models proven in a developed market like the US or a fast-growing market such as China and emulates them in other high-growth markets. It hires executives to run these businesses.

Venture capital investors and former executives at Rocket-backed companies have previously said that the German company failed because of its 'copy-paste' model that doesn't consider local situations, the lack of effective oversight and the lack of will to stay in the game.

New Fund Meanwhile, even as Rocket Internet has struggled with its bets on Indian companies, it has raised $1 billion in a new fund to back Internet companies globally.

The Rocket Internet Capital Partners fund is Europe's largest fund focussed on the Internet sector, the firm said in a statement last month.

The new fund will make early-stage and growth-equity investments in high-growth Internet-related businesses. It seeks to invest in key focus areas of the Internet sector including marketplaces, e-commerce, financial technology, software and travel.

Rocket Internet contributed about 14% of the overall commitment, it said.