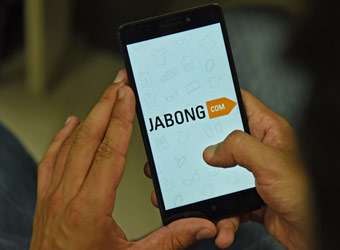 The development comes barely weeks after VCCircle first reported that Flipkart was the front-runner to acquire Jabong.

"Fashion and lifestyle is one of the biggest drivers of e-commerce growth in India... This acquisition is a continuation of the group's journey to transform commerce in India," Binny Bansal, CEO and co-founder of Flipkart, said in a statement.

Global Fashion Group said in a separate statement that the transaction is a decisive step in its strategy to refocus its business on core markets and accelerate its path to profitability.

Myntra and Jabong will have a combined base of 15 million monthly active users. Jabong has about 1,500 international brands, sports labels, Indian ethnic and designer labels and 150,000 styles from over a thousand sellers, the statement said. Global brands  that will be exclusive to both the platforms include Dorothy Perkins, Topshop, Tom Tailor, G Star Raw, Bugatti Shoes, The North Face, Forever 21, Swarovski, Timberland and Lacoste.

"The acquisition of Jabong is a natural step in our journey to be India's largest fashion platform. We see significant synergies between the two companies especially on brand relationships and consumer experience," said Ananth Narayanan, CEO, Myntra.

Separate emailed queries sent to Jabong, Flipkart and Myntra for details of the transaction didn't elicit any response.

The transaction is subject to customary closing conditions and is likely to close during the third quarter.

The deal puts to rest speculation over the past month on Jabong's possible acquisition. Media reports counted several companies including Flipkart, Alibaba, Amazon, Snapdeal and even brick-and-mortar retailers Aditya Birla Group and Future Group throwing their hat in the ring.

Snapdeal and Flipkart subsequently emerged as the possible main contenders. The two homegrown e-commerce companies are facing threats to their market share from the rapidly growing local unit of US-based Amazon.com Inc. Flipkart will also have to fight Alibaba Group Holdings when the Chinese company makes a direct entry into India; it already has stakes in Snapdeal and mobile wallet and shopping marketplace Paytm.

Flipkart is also battling several other concerns ranging from discontent among sellers on its marketplace and several valuation markdowns by some of its investors who now value the company below $10 billion compared with the peak of $15.2 billion last year.

In the buyout talks this year Jabong was initially looking for a $250 million valuation and has eventually settled for far less.

For Rocket Internet, the sale of Jabong would mean another exit activity in India. It sold its online furniture store FabFurnish.com to Future Group earlier this year. It is also reportedly looking to find a buyer for Foodpanda.

Jabong was Rocket Internet's biggest bet, and its highest loss-making venture, in India. Its revenue was higher than Myntra in 2014-15, though both racked up massive losses due to discounting. That led Jabong to start scaling back discounts to stem losses.

The company reported a marked improvement in performance in the three months through March 2016 and narrowed its operating loss.

Flashback: All that happened in Indian fashion e-commerce space in past year