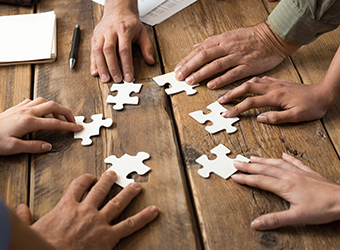 Bitcoin startups Zebpay, Unocoin, Coinsecure and SearchTrade have come together to form Digital Asset and Blockchain Foundation of India (DABFI) for the "orderly and transparent growth of the virtual currency market."

The organisation will also look to create awareness about the benefits and risks of cryptocurrencies, liaise with regulators and get clarity on taxation, attract investment, and set up incubators, the startups said in a joint statement.

Nishith Desai Associates, an international law firm, has been appointed to develop self-regulations for the industry.

Zebpay's Agrawal said, "Almost no country, including India, has declared bitcoins or cryptocurrencies as illegal per se. And, therefore, we believe it is our responsibility to self-regulate strictly to check any 'bad' use of the new system."

"Bitcoin and other cryptocurrencies have tremendous benefits for most marginalised people, merchants, tax departments and regulatory authorities. It has better price discovery, is anti-inflationary and the transactions are irreversible," Nishith Desai said.

The price of bitcoins has gone up from $450 per bitcoin in February 2016 to $1,100 in February 2017. Given this volatility, DABFI would warn those who don't understand the digital currency market from being lured into â€Žtrading bitcoins, said Unocoin's Vishwanath.

Unocoin is a Bangalore-based startup that claims to process transactions worth more than Rs 250 million for its 1,60,000 customers. In September 2016, it had raised $1.75 million in a pre Series-A round from  Blume Ventures, Mumbai Angels and ah! Ventures along with international investors such as Digital Currency Group, Boost VC, Bank to the Future, Bitcoin Capital, Huiyin Ventures and FundersClub.

At SearchTrade, users earn bitcoins for every single search they make on the platform. Users can choose from a variety of search applications listed on SearchTrade App Market to make their searches.

Bitcoin, which was launched in 2009, is often described as the first cryptocurrency, even though prior systems existed. Cryptocurrency means money that is made hidden and private—and therefore secure—by means of encryption, or coding. Blockchain is the technology behind cryptocurrencies.