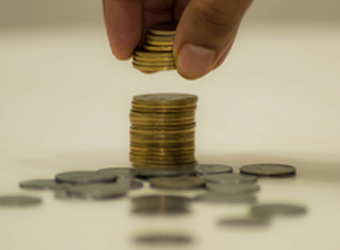 Tiger Global-backed logistics startup BlackBuck has received an investment commitment of $30 million (around Rs 200 crore) in its Series C funding round from a group of new and existing investors, including Sands Capital and World Bank's arm International Finance Corporation (IFC).

Citing two unnamed persons close to the matter, Mint reported that both Sands Capital and IFC have committed about $10 million each while existing investors Accel Partners, Flipkart and Sanjiv Rangrass (ITC executive) will also contribute in this round.

Of the $30 million, IFC's investment was disclosed earlier. In January, the World Bank's arm said it will make an equity investment of up to $10 million in BlackBuck for a minority stake.

Other existing investors Tiger Global Management and Russian billionaire-investor Yuri Milner's Apoletto fund are unlikely to participate in this round, the report said.

According to the report, BlackBuck is also in talks with new investors to raise another $30 million to up its game in the logistics space, especially in the backdrop of its main rival Rivigo raising $75 million from Warburg Pincus.

An email query sent to BlackBuck's founders for a confirmation of the development did not elicit an immediate response.

The startup focuses on business to business (B2B) logistics solutions for long-haul trucking. Its technology platform brings together shippers and truckers through its online marketplace to book freight for inter-city transportation.

The firm follows on an asset-light business model. It matches truckers with shippers through its online platform, and minimises downtime for trucks and maximises utility of the asset for the truck operator.

With the help of partners including non-banking financial companies and fuel retailers, BlackBuck also provides support in using ancillary services such as toll and fuel cards to truck drivers so that drivers do not need to carry a lot of cash.

The startup had raised $25 million in its Series B funding from Tiger Global and other investors towards the end of 2015. Apoletto, Accel Partners and Flipkart were the other investors who put money in the round.