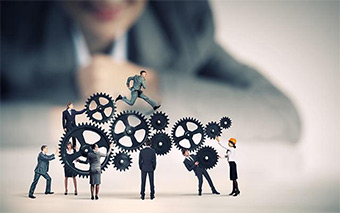 In a move that would give a fillip to entrepreneurship among women, the Karnataka government announced a $1.5 million (Rs 10 crore) Idea2POC (idea to proof of concept) fund on International Women's Day, a statement issued by the state government said.

Priyank Kharge, the state minister for  IT (information technology), BT (biotechnology) and tourism,  who launched the scheme said that his department will provide Rs 50 lakhs to any woman innovator who is looking for funds for proof of concept validation, certification, and for costs in manufacturing pilot devices.

"I am happy to note that the confederation of women entrepreneurs is promoting the cause of women empowerment by inculcating a culture of entrepreneurship among women and facilitating in shaping their ideas into workable models of business. Women empowerment means building their confidence level to face the world and to achieve their targets," Kharge said in a statement.

As part of this initiative, women entrepreneurs can participate in an open house, where they will be able to put forward their issues and problems, Kharge said.

The broad idea is to help and nurture 20,000 startups by 2020, out of which the government has envisaged that 6,000 of them will emerge as product-based firms.

The Idea2PoC fund for women is part of the Idea2PoC (Idea to proof of concept) funds for technology, agricultural and tourism startups.