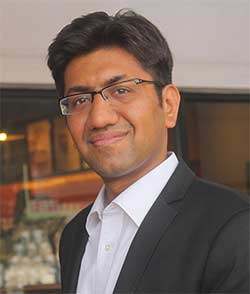 “We stand on the brink of a technological revolution that will fundamentally alter the way we live, work, and relate to one another … [the Fourth Industrial Revolution] is characterized by a fusion of technologies that is blurring the line between the physical, digital, and biological spheres.” – Klaus Schwab, Founder and Executive Chairman, World Economic Forum Geneva.

Most people would be unaware of more than a single Industrial Revolution. The most popular historical event bearing that name–brought about by the development of the steam engine to mechanize production–had a remarkable impact upon society, which is still felt to this day.

According to several economists, however, we are currently living in the time of the third industrial revolution of the digital age, while standing on the cusp of the fourth. This particular revolution is likely to have a huge impact on the job market, as human workers will have to compete with nascent technologies and increasingly smarter systems to find gainful employment.

According to Erik Brynjolfsson and Andrew McAfee, economists and authors of The Second Machine Age: Work, Progress, and Prosperity in a Time of Brilliant Technologies, new technologies and digital innovations will soon replace humans in a substantial majority of mid-level work, but will create wonderful new opportunities in different fields.

The new opportunities that these new technologies will create are likely to be more in number than the opportunities lost, and pay substantially better too, according to data collected through research and studies. Gartner found that artificial intelligence would take 1.8 million jobs and replace them with 2.3 million new ones; Deloitte’s study of the UK retail industry found that automation had taken up 800,000 jobs with replaced them with 3.5 million new ones which paid 10,000 pound more annually.

To access these new opportunities, however, the global workforce–and India’s in particular–will require substantial upskilling. The ability to perform basic analysis and tasks will no longer be enough, as automated systems will be able to perform most basic tasks with greater accuracy and perfection than the human mind can muster.

Those with artistic and creative skills are most likely to escape the march of the machines. For most white- and blue-collar workers that lack such skills, however, other attributes that they can market have to be found to maintain and improve their livelihood. FICCI and NASSCOM jointly commissioned a report with Ernst & Young which stated that by 2022, 9% of the workforce in India would be deployed in jobs that don’t exist today, and 37% would be in jobs demanding radically different skill sets.

What would these skill sets be? Most importantly, how can we prepare for employment in this Fourth Industrial Revolution?

In 2016, the world’s most influential economic actors–world leaders, political heavyweights, business magnates, media personalities, and prominent journalists–gathered at Davos for the annual World Economic Forum to discuss the ‘Fourth Industrial Revolution’. They spoke passionately of a world where billions of people would use their mobile devices with access to unprecedented processing power and knowledge. They spoke of nascent and emerging technologies like AI, robotics, Internet of Things, self-driving vehicles and Big Data. Much of the growth of the economy and industry that the Fourth Industrial Revolution invokes is linked to the application of these technologies to the existing economy and the systems that it relies upon.

At the Forum, there was agreement that all companies, organisations, and individuals need to get a handle on the rapid advances in technology that this revolution was to bring. The World Economic Forum’s ‘Future of Jobs’ report indicated that the largest increase in employment amongst the different fields would be in careers related to computers, mathematics, and engineering.

As many as 65% of respondents covered by the report found that the go-to strategy to deal with the pressure that automation would bring to their workforce was to invest in reskilling current employees and train these employees in the same technologies that will bring this revolution.

It isn’t just companies looking to reskill their workforce, but individuals are also recognising the strong need to gain proficiency in cutting-edge technologies in India. Even as IT companies–the sector widely identified to be the most vulnerable to the advent of smart and automated systems–are already laying personnel off, digitally-led lifelong learning platforms that are providing skills in these technologies are being used by a new generation of Indians eager to avail this amazing opportunity.

A study by KPMG and Google in India revealed that one of the biggest sectors in the online education market in India was reskilling and online certifications ($93 million out of a total sector size of $247 million), and was projected to reach a stunning $463 million by 2021.

The Fourth Industrial Revolution is already beginning to have an impact. Low-skilled workers in warehouses are already being replaced by small robots; IT companies are cutting their workforce already, and NASSCOM’s annual review predicts a 20-25% reduction of jobs in the industry in just the next three years. Faced with the future, India’s workforce should be moving swiftly to become adept in AI, drones, self-driving cars, IoT, Big Data, and all the new technologies that are likely to usher in a new era and generation of human society.