In one of the biggest funding rounds for a robotics startup globally, Singapore and Gurugram-based GreyOrange has raised $140 million (around Rs 1,000 crore at current exchange rates) in a Series C investment round led by US-based investment firm Mithril Capital, a company statement said.

Flipkart co-founder Binny Bansal also invested in this round along with other existing investors including Blume Ventures, the statement added.

The company will use the capital for research and development and to develop its supply chain system, the statement said.

GreyOrange Pte Ltd had recently entered the US market, where it is headquartered at Atlanta. It will deploy 740 robots at its first client site in the US.

The company also plans to set up a manufacturing facility in the US by 2019 and will deploy an additional 20,000 robots in the country.

“As online and offline channels converge across a wide range of industries, we are excited to support robotic solutions that thoughtfully bridge the world of bits and the world of atoms, driving better health, safety and efficiency for workers and customers alike,” said Royan, co-founder and managing general partner of Mithril Capital, in the statement.

GreyOrange, which also counts Tiger Global as one of its investors, was founded in 2009 by BITS Pilani alumni Samay Kohli (chief executive) and Akash Gupta (technology head). The duo had earlier built AcYut, an indigenously developed series of humanoid robots. 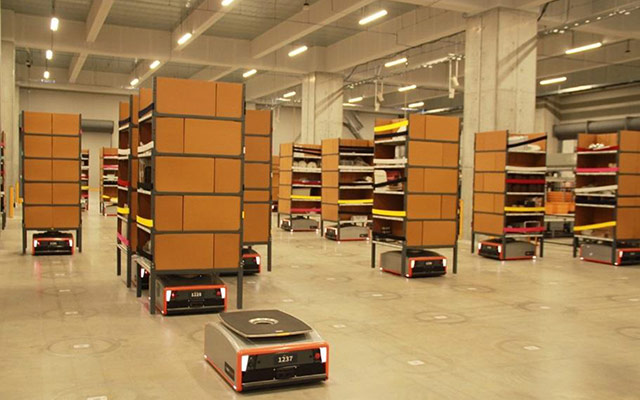 “As an entrepreneur myself, I have closely followed how Samay (Kohli) and Akash (Gupta) have built and grown GreyOrange to become an international technology company with customers across the world. The team will build on its strengths, especially in AI and machine learning, to launch new generation products for flexible automation,” said Bansal in the statement.

A warehousing automation company, GreyOrange develops products for materials handling. The company’s flagship product is the Butler System, a fleet of mobile robots that can manage order fulfilment inside a warehouse. The firm claims that this helps companies increase efficiency and reduce operational costs.

The team built the Butler System after noticing that most industrial automation products are rigid and take a long time to install and achieve their full capacity. GreyOrange’s system works via proprietary machine learning and swarm intelligence algorithms. The firm claims to be serving some of the largest companies in e-commerce, third-party logistics and retail.

The company last raised funds in August 2015, when it secured $30 million from existing investors Tiger Global Management and Blume Ventures.

In 2014, it had raised its Series A funding round from the same and other investors.

The India-based entity Grey Orange India Pvt. Ltd had reported a rapid rise in revenue for the financial year ended 31 March 2017 but suffered heavy losses as costs increased at a faster pace.

In a recent conversation with TechCircle, the company’s country manager for India and SAARC (South Asian Association for Regional Cooperation), Vivekanand, who uses his first name only, had said the startup was now focused on artificial intelligence robotics to redefine automation in supply chain.

The company has customer sites in Japan, India, Asia-Pacific, Europe, Latin America and the US.

In India, the company works with Flipkart, Pepperfry, Aramex, DTDC, Delhivery and Mahindra Tractors, according to its website.