Do startups need a master regulation on the lines of the SEZ Act? 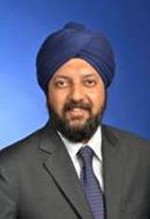 The Startup India initiative was launched by the government of India in 2016 with the aim of creating a strong ecosystem that is conducive for the growth of startups. Ever since, it has been a key area of focus for the government.

Over the years, the government has taken various steps such as initiating ‘Startup India Learning Programme’, building infrastructure, funding support, addressing regulatory concerns, etc. Further, in order to give an impetus to startups, the government has offered various incentives both in terms of monetary and non-monetary benefits such as a convenient mechanism for self-certification, easier public procurement norms, fast tracking of patent registration, rebates in filing on patents, convenient winding up, etc.

In addition to the above, various income tax benefits have also been provided by the government to catalyse the development of startups in India. These include relief from angel tax and relaxation in requirements for carry forward of tax losses. Some of the tax benefits which have been further revamped vide the Finance Bill, 2020, are briefly discussed here:

Subject to conditions, startups were eligible to claim deduction equal to 100 per cent of the profits and gains derived from an eligible business. In order to make such provisions more attractive, the existing conditions have been further relaxed as follows.

The block of years to avail the deduction has been recast from three consecutive years out of ten years, as against seven years previously, since incorporation.

The eligible turnover to avail the deduction has been increased to Rs 100 crore, as against Rs 25 crores previously.

As per extant provisions, withholding of tax at source was required to be undertaken at the time of exercise of stock options by the employee. Given that no cash income accrued to employees on exercising of options, the withholding taxes created cash flow issues for employees. The upfront tax on ESOPs used to create challenges for startups to attract the best talent in the market.

In order to reduce compliance burden on small and medium enterprises, Finance Bill, 2020, has proposed to increase the threshold limit for applicability of tax audit provisions under section 44AB of the Act, to Rs 5 crore, as against Rs 1 crore previously in certain situations.

Given that the startups in India are mostly in their nascent stage, and accordingly, it is expected that the majority of them would be able to avail aforesaid benefit and thus reduce their compliance costs.

The government has recently implemented an e-assessment scheme in order to encourage transparency and reduce interface during the assessment process. In order to further augment this vision, an e-appeal scheme has also been proposed to be launched vide Finance Bill, 2020, for disposal of appeals pending before the Commissioner (Appeals).

Like e-assessment, this scheme envisages elimination of the interface between the Commissioner (Appeals) and the taxpayer.

Such initiatives are expected to reduce the interface between taxpayers and the tax department and thus usher in more transparency and reduce fear of the latter in the minds of the former. Startups are also expected to benefit from this proposal.

The aforesaid policy interventions have provided the initial impetus to spur the growth of startups in India. However, much more needs to and can be done to maintain this momentum. Some of the challenges being faced by startups are highlighted below.

It is expected that a large number of startups would get impacted due to above provisions and such provisions could substantially increase their compliance costs.

At present, there are multiple regulators such as RBI, DIPP, CBDT dealing with different facets that impact startups. It is advisable that a single body for regulating startups be set up to facilitate ease of doing business. Alternatively, the government may evaluate introducing one master regulation for startups on the lines of the Special Economic Zones Act, 2005 (SEZ Act) which will have an overriding effect on all other laws.

In spite of the above challenges that continue to haunt the community, startups have contributed significantly to infrastructure development and generation of employment in India. All the stakeholders – startups, investors and the government -- need to refine their involvement and contributions in order to help achieve the vision of Startup India.

Amarjeet Singh is partner, tax regulatory and internet business, at KPMG India. The views in this article are his own.

Amarjeet Singh is partner, tax regulatory and internet business, at KPMG India. The views in this article are his own.