Over 90% of sales professionals see permanent change in roles: Salesforce

The Covid-19 pandemic has brought about significant changes in the functioning of several sectors. Among them is the sales segment, which, according to a study conducted by California-based CRM major Salesforce, has adapted to the changes quickly, particularly in India.

For its fourth edition of the State of Sales report, the company surveyed 6,000 sales representatives across five continents during the Covid-19 crisis, including 200 from India.

The study showed that 92% of those surveyed expected their role to change permanently as a result of current economic trends. Additionally, 92% also said that they had adopted new ways of selling, while 98% were of the opinion that sales operations were becoming increasingly strategic. 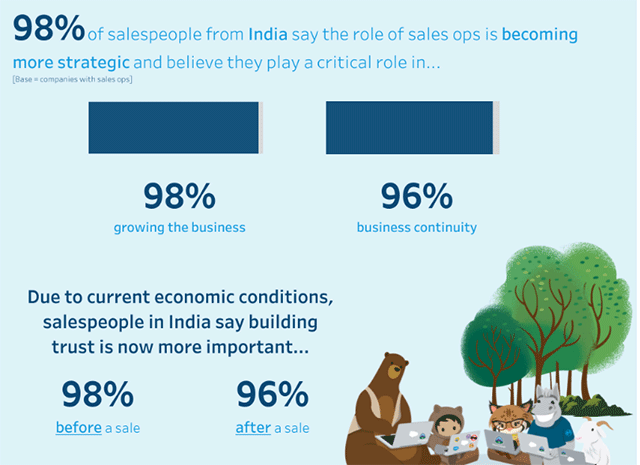 Operational efficiency and data-driven decision making have gained importance, the study said, adding that sales operations not only aids with support sales strategy, it helps define it.

As sales professionals are forced to adopt new tactics to build relationships virtually, 95% of sales representatives in India said that their success metrics had undergone a considerable change.

“The Covid-19 crisis is forcing Indian sales professionals to rethink how their teams operate – from the tools they are using, to strategies they are implementing and relationships they are building – during a critical time,” Sunil Jose, senior vice president of Salesforce India, said. 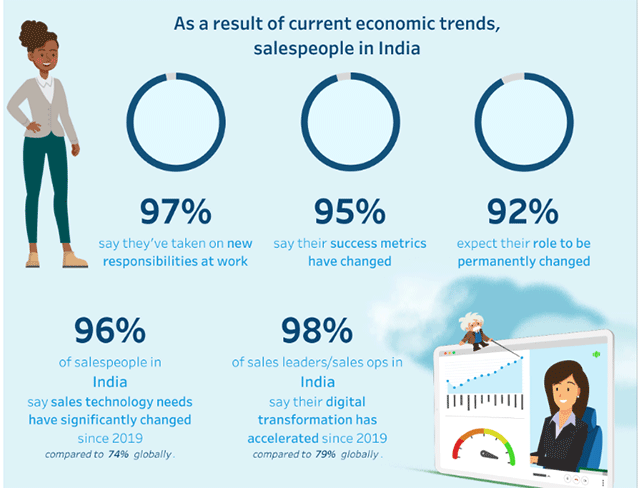