At TechCircle, we have been tracking Covid-19 related apps for the general public quite closely. Last May, we wrote extensively about contact tracing apps, including Aarogya Setu.

So on March 1, when the Indian government launched the second phase of CoWin Covid-19 vaccination drive, we downloaded the app to see how it works.

The plan was to block a vaccination slot for later this month, for a 64-year-old person with certain serious co-morbidities, to avoid the unnecessary rush at the vaccination centre.

It has been over 48 hours now (at the time of writing this story) and we are still on the CoWin portal, trying to get an appointment in what feels like a Kafkaesque implementation nightmare.

The CoWin platform is accepting appointments for people aged 60 years or older and those aged 45 or above with comorbidities. However, the platform has several glitches.  And, while the government claims to have handled over 50 lakh registrations and 5 lakh vaccinations (until Tuesday evening), the experience has been entirely different for many.

Here’s what we noticed in these two days.

Will the real CoWin app please stand up?

Searching for the CoWin platform on Google Play Store on day 1 led to an app called CoWin (Winning over Covid-19) from the MoHFW (Ministry of Health and Family Welfare). While the app itself looked legitimate, a close assessment of the screenshots posted with the app listing revealed that it was a platform only for vaccine administrators, not the beneficiaries. 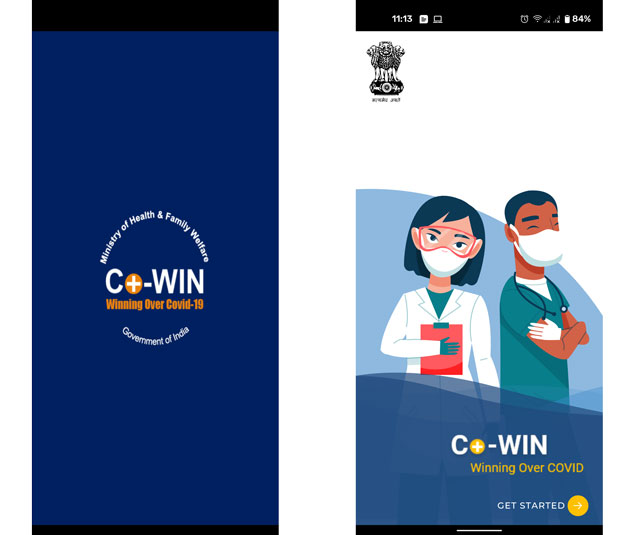 Over two hours after opening the registrations, the Ministry of Health took to Twitter to clarify that there is no dedicated mobile application for booking vaccine appointments and users have to register only through the Aarogya Setu app or cowin.gov.in website.

However, by then, many people including this reporter, had downloaded the wrong application.

Users took to Twitter to complain about functional problems associated with the platform, including captcha and delayed OTP issues. That app has now been renamed to CoWin Vaccinator, which is still pretty confusing.

Even after finding the actual portal, getting an appointment has not been easy.

The registration process required the beneficiary’s contact number, name, government ID, gender, and year of birth. However, on both Aarogya Setu and the website, we received an error message saying “Something went wrong. Please try again” while entering the OTP for verifying and completing the registration. Initially, we also saw {“message”: “Forbidden”} error on Aarogya Setu.

Similar error reports were also shared by other beneficiaries on Twitter which clearly signals that the system wasn’t entirely ready to deal with user load on the first day.

@COVIDNewsByMIB @PMOIndia @drharshvardhan Registration for vaccination of sr citizen through Arogya app is returning error: "CoWin server is having error. Try after sometime." for last one hr. No response for calls on 1075. Pl solve the issue. Thanks.

@Arogyasetu while registering mobile number for cowin vaccination getting this error pic.twitter.com/H23pM2SmQx

After multiple attempts, we were finally able to register by the end of the day.

When logged in, the portal provides an option to search for a particular area and schedule a vaccination appointment. The strange part being that there are no slots available in many cities -- not even at paid sites.

We scrolled through the entire list of hospitals and medical centres -- over three dozen sites -- listed for the city Lucknow, but no appointment slots were available, not for this month, the next, or even January 2022! 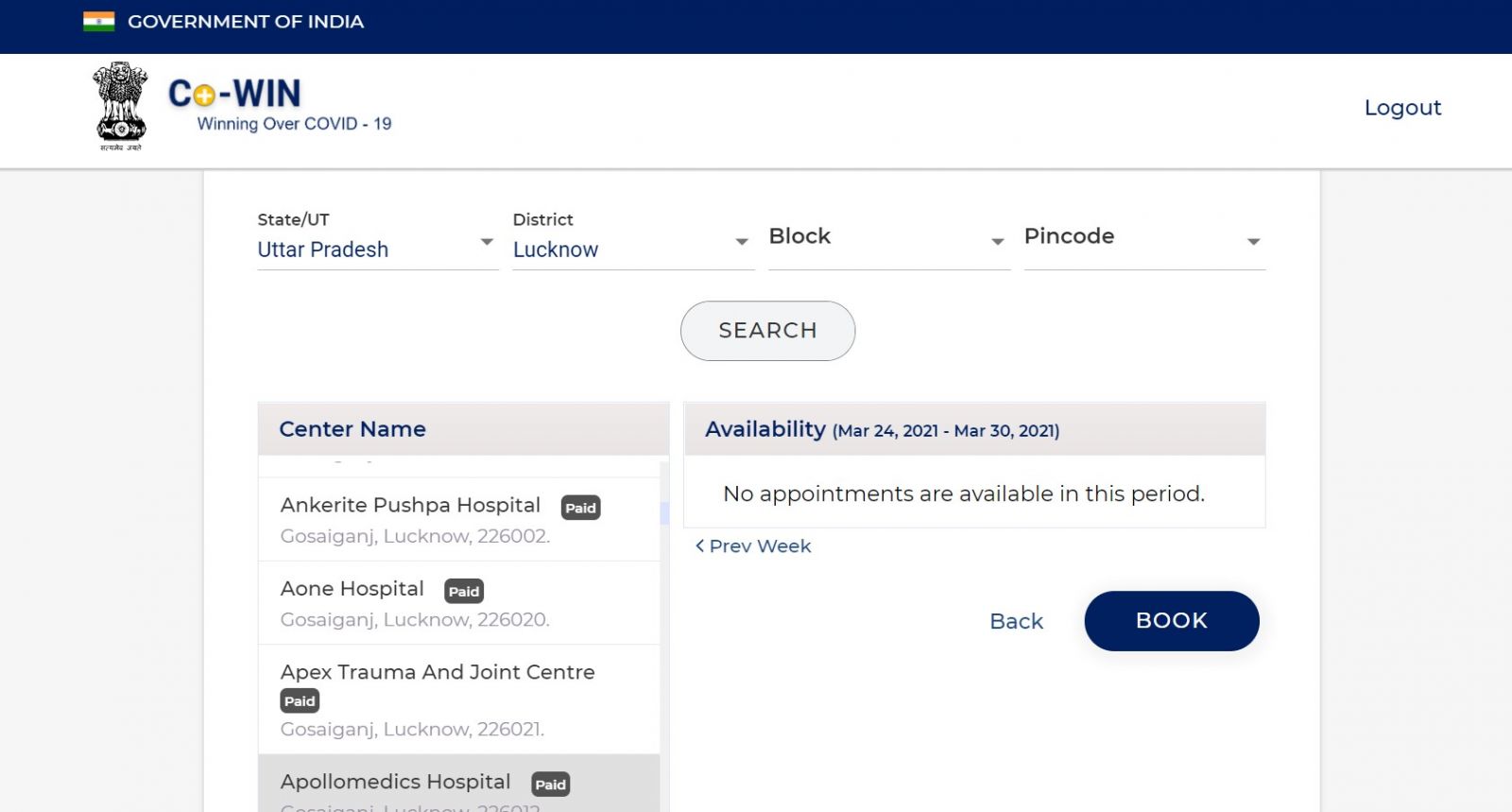 We could, however, find hospitals with available vaccination spots in a few cities such as Delhi, Mumbai and Pune.

While it is not clear whether all slots at all places have been booked -- which seems highly unlikely -- or the vaccine availability data is yet to be uploaded, the issue is certainly creating a lot of trouble and confusion for beneficiaries across the country. Many who managed to book their appointment also said they haven’t received a confirmation for the same via SMS.

Registered my parents on cowin. However it shows no slots available till May 2022 anywhere in Nasik.
Is this some glitch or error ??@CMOMaharashtra @rajeshtope11 @surmayu

@drharshvardhan @MoHFW_INDIA @UPGovt @cmouttarpradesh @dmbareilly I am booking a slot for cowin vaccination of my father, but every hospital of Bareilly district shows slot not available. Is is some technical error or what?

Why is everything listed as 'Balipatna' for Bhubaneswar?
And only paid slots are available? What is the cost?#CoWIN #COVID19Vaccine pic.twitter.com/udX38SkqEX

Other media reports have reported that glitches in the administrators’ platform, dubbed CoWin 2.0, halted vaccination at multiple centres, resulting in long beneficiary queues.

India began its vaccination drive on 16 January, a massive undertaking, given its 1.3 billion population. The government hopes to vaccinate a total of 30 crore people by August 2021.

So far, the country has approved two vaccines for the inoculation drive -- Bharat Biotech’s Covaxin and Serum Institute of India-manufactured Covishield.

Covidshield has been developed by Oxford University and AstraZeneca and has cleared Phase 3 trials, while Covaxin is still in the third phase of human trials.

As of February 26, India’s cumulative Covid-19 vaccination coverage had crossed 1.34 crore, according to government data

While issues implementing the vaccination project at this scale were expected, the government had a year to establish the technical infrastructure needed to launch the application itself, time that could have been used to trial the platform rather than rolling out a broken application that has led to confusion at the vaccination centres.

Also, if the vaccine supply wasn’t currently adequate, beneficiaries should have been notified or have at least been informed about when the slots would be free.

Hopefully, as we move ahead, things will fall into place.