SoftBank Group-backed advertising tech unicorn, InMobi's business-to-consumer (B2C) unit 'Glance' is betting big on its just-launched 'Live' feature, that is being made available on mobile phone lock screens. Senior executives at the unicorn believe this is the “next big frontier for content consumption on the internet” after text, visuals, images and long- and short-form videos.

Glance Live “is a very authentic, real and engaging content format for Gen Z (mid-to-late 1990s) to begin with," Piyush Shah, Co-Founder of InMobi Group, and Glance President and COO, asserted in an interview on Sunday. He explained that the move got accelerated because of COVID, where all of us were in the digital world but craving to experience the offline world.

“The idea is to be this large platform for live internet across categories -- be it entertainment, live news, live sports, live fashion or beauty tips, live gaming or, of course, live shopping and commerce,” Shah added.

All Live interactions will take place on the Glance lock screens or the so-called 'screen-zero platforms' that now come pre-installed on new Android smartphones in India such as brands like Xiaomi (including POCO), Samsung, Vivo and OPPO.

Glance achieved the milestone of 150 million active users in India in the second quarter of 2021, according to Counterpoint Research’s Quarterly Mobile Application Tracker released on 21 September. The figure was an 8% increase over the earlier quarter. "One in every four Indian smartphone users is now active on the Glance platform, which offers an interactive lock screen experience to Android smartphone users," the research note said.

According to Rohan Choudhary, General Manager of Glance and part of its founding team, Live allows for a very "authentic connection" because a creator or a publisher can go live for 30-35 minutes and "can't fake it".

The power of Live, he added, is that "it's a new content format where people can engage more -- this is why we believe it's the next frontier on the internet because you can take any vertical -- whether it is current affairs, sports, movies, commerce, gaming, health, education or astrology-- and add a flavour of live interaction to it and make it very exciting". Glance has 18 content categories and is available in eight Indian languages, and Bahasa (Indonesia) and Thai (Thailand).

Shah explained that "discovery" is a huge problem because you are opening apps at specific times in the day, at which point there may be nothing that catches your attention. Whereas, the lock screen has an advantage because "it is real estate, which is with you most of the time in the day". He also claimed that “our lock screen has a very low opt-out rate”.

Glance may be only three years old but has been on acquisition spree ever since its launch. It acquired short video platform Roposo in 2019, bought e-commerce platform Shop101 in June 2021, and launched a joint venture company called Glance Collective, in July 2021, with the Collective Artists Network to co-create brands with celebrities and top creators. Collective Artists Network is India’s biggest talent management agency and pop culture marketplace.

Glance's business model, according to Shah, comprises three broad areas: mobile advertising, creator- or influencer-driven commerce, and digital commerce. "InMobi, of course, excels in mobile-first advertising, but we had to unlearn a lot here too to ensure that the experience is very native to the Glance user," Shah explained.

The second segment, he added, revolves around driving actual e-commerce transactions through creators and resellers. "We think of creators as micro-entrepreneurs. If you have a passion for music or beauty or fashion, you could not just create great content but also have an income stream around it. That's a second area where we are really investing deeply," Shah said. 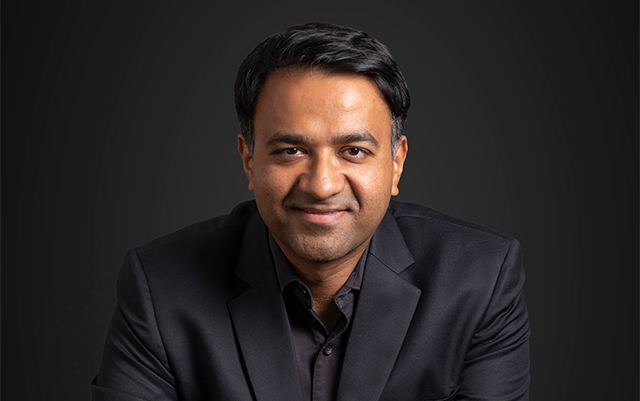 The third segment of the business model is what Glance calls 'digital commerce', which will allow a user to spend a small amount of money to interact with his/her favourite celebrity online "and send a bouquet of roses to a celebrity or a virtual hug or shout out to a celebrity or just Rs.100 for a 30-minute master class on crypto. -- You are paying virtually for services that you consume virtually, and not an item you are buying". Glance hopes to launch this feature in the "next three months or so".

The unicorn also makes efficient use of artificial intelligence (AI) and Machine Learning (ML) to personalise and automate content across categories. About 95% of the content on Glance is automated but about 5% is still moderated by humans and it "matters to us because it is the lock screen. So we will always be careful there", according to Shah. The group currently has about 60-70 data scientists, and the number may rise to "200-300 in the next 2 to 3 years".

Long-term value creation in the smartphone market will depend more on delivering differentiation through over-the-top (OTT) services, according to the above-cited Counterpoint research note.

“Inmobi through Glance, Roposo, and Shop101 is staying on top of shifts in advertising, engagement, and commerce. As literally millions of apps vie for limited screen real estate on a consumer’s smartphone, the so-called screen-zero apps or lock-screen apps are the next frontier for marketers and Glance is well-positioned there,” corroborated Kashyap Kompella, CEO of technology industry analyst firm, RPA2AI Research.

According to him, the lock-screen ad screensavers on Amazon Kindle don’t seem to find much favour in the West (“How to remove Kindle screensaver ads” is often Googled). “But in contrast to Western consumers, Asian consumers are more receptive to lock-screen content if it’s relevant and engaging to them.”

Funded by Google and Mithril Partners, Glance currently has around 1200 employees, accounting for nearly 48% of the IPO-bound InMobi group's total employees.

However, the Marketing Cloud and telco cloud (was earlier known as TruFactor) segments of InMobi still account for nearly 90% of the group's revenue. "Glance is early in its monetization journey and hence, it's a very small percentage of the total InMobi group's revenue numbers," acknowledges Shah.

According to Counterpoint, “more than one-tenth of the 5G smartphone installed base is equipped with the Glance platform, thus making it a future-ready test pad for the next phase of content innovation".

When asked if Reliance Industries is mulling an investment of about $300 million in Glance, Piyush concluded: "I would not like to comment on that. It’s just speculation. I think we are all out to make Glance’s ambition big globally and we will, of course, be always looking for the right opportunities to partner.

“At this stage. I would say we just raised money in December ($145 million, led by Google and participation from existing investor Mithril Capital). So, here's no real need for new funding.”