Dream Sports to step up tech hiring in 2022, scale-up other brands

Fantasy sports platform Dream11 is planning to double its technology hiring in the next 12 to 18 months. The company will look to hire “top talent” who “are data-driven” and “keen on building the latest cross-platform offerings”, Amit Sharma, chief technology officer of Dream Sports — the parent company of Dream11 — said in an interaction.

The company currently has 350 people in its technology team, accounting for 58% of its total workforce. 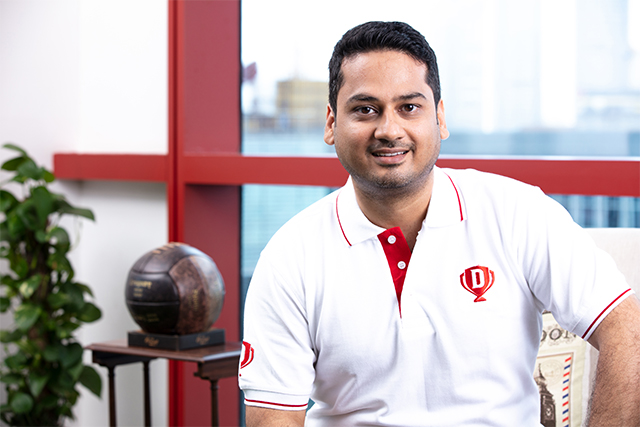 According to Sharma, hiring people skilled in Artificial Intelligence (AI) and its various subsets is a “top priority” for the company as it plans to offer more personalised experiences to its customers. “We want the app to be more and more personalised for every user. That requires crunching terabytes of data and running models at scale to identify preferences of every user in real-time, which is a challenge,” he said.

Dream11 has a social media feature that uses ML to recommend profiles users would want to connect with. According to Sharma, the company wants to take it to the next level by personalising every touchpoint in the app for the user. “It could be as simple as when you are trying to deposit money into your account, we would like to recommend the right amount for you,” he added.

Sharma acknowledged, though, that hiring is not easy since the industry has been facing an acute skill shortage, especially for talent in emerging technologies. To address the issue, Dream Sports has "aggressive" employee stock ownership plans (ESOPs) and also offers multiple buyback offers for employees, Sharma said.

Dream11 is the leading brand under Dream Sports, which became the first Indian unicorn in the fantasy sports sector earlier this year. It is also one of the few unicorns that have turned profitable already. The company reported a profit of Rs 180 crore in FY 2020. In November, Dream Sports raised an additional $840 million from investors Falcon Edge, DST Global, D1 Capital, Tiger Global and Redbird Capital, taking the company’s valuation of $8 billion.

The company has gained from a boom in the fantasy sports sector since the pandemic-driven lockdowns began last year. According to an October report by FICCI-EY, the Indian fantasy sports industry is expected to cross $2.5 billion in 2022. In June, a report by KPMG pegged the value of India’s online gaming segment at ₹13,600 crore, and said it would grow at a compounded annual growth rate of 21% to ₹29,000 crore in the next five years.

Sharma said that other than improving the Dream11 platform, Dream Sports also plans to scale up its other businesses, which includes over 10 brands across the sports technology industry.

“The idea for us now is to mature and scale them next year. For instance, FanCode, which is the exclusive broadcaster of the upcoming India's Tour of West Indies in Feb 2022, is expecting around 50 to 75 million users to come to the platform next year. We want to scale that platform and make sure it's ready when that happens,” said Sharma.

Since travel has been reopening worldwide, the company also wants to scale its travel experience platform, called DreamSetGo, which takes sports fans around the world to have sports experiences. It has invested in other companies, including electronics sports (eSports) company SoStronk, which it aims to scale next year. “In 2022, the various parts of the DreamSports ecosystem will start maturing,” he said.

Sharma added that Dream Sports will be keeping "a close eye on non-fungible tokens (NFTs) and metaverse applications", but doesn’t have immediate plans to leverage these emerging sectors yet.